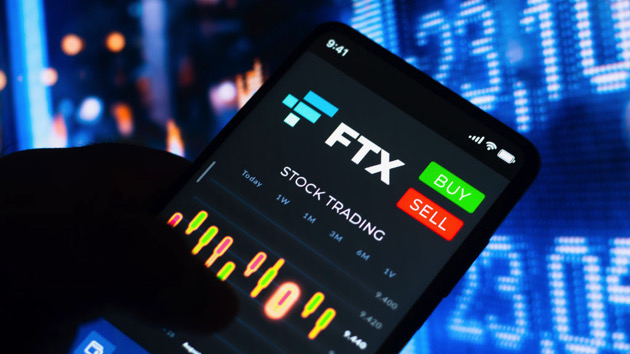 (NEW YORK) — The new FTX CEO brought into shepherd the company through bankruptcy proceedings said he has never seen such a “complete failure” of corporate controls in his career, including during the Enron scandal.

“Never in my career have I seen such a complete failure of corporate controls and such a complete absence of trustworthy financial information as occurred here,” John Ray, who also oversaw the Enron bankruptcy proceedings said in a court filing on Thursday. “From compromised systems integrity and faulty regulatory oversight abroad, to the concentration of control in the hands of a very small group of inexperienced, unsophisticated and potentially compromised individuals, this situation is unprecedented.”

The former CEO of the crypto-exchange platform Sam Bankman-Fried has received scrutiny over the handling of the company after it filed for bankruptcy last month, from the Justice Department and state and federal regulators, according to previous court filings.

In 2001, Houston-based energy corporation Enron filed the biggest bankruptcy claim in U.S. history, and many of its executives were sent to prison for securities fraud.

Ray said FTX corporate funds were used to purchase executives and advisers houses in the Bahamas.

“In the Bahamas, I understand that corporate funds of the FTX Group were used to purchase homes and other personal items for employees and advisers,” Ray said. “I understand that there does not appear to be documentation for certain of these transactions as loans, and that certain real estate was recorded in the personal name of these employees and advisers on the records of the Bahamas.”

Ray says that Bankman-Fried claimed to have millions of users, which hasn’t been verified by his team.

“The FTX.com platform grew quickly since its launch to become one of the largest cryptocurrency exchanges in the world. Mr. Bankman-Fried claimed that, by the end of 2021, around $15 billion of assets were on the platform, which according to him handled approximately 10% of global volume for crypto trading at the time. Mr. Bankman-Fried also claimed that FTX.com, as of July 2022, had “millions” of registered users. These figures have not been verified by my team,” Ray said.

He said he also has “substernal concerns” about the financial filings of the company.

“Although the investigation has only begun and must run its course, it is my view based on the information obtained to date, that many of the employees of the FTX Group, including some of its senior executives, were not aware of the shortfalls or potential commingling of digital assets. Indeed, I believe some of the people most hurt by these events are current and former employees and executives, whose personal investments and reputations have suffered. These are many of the same people whose work will be necessary to ensure the maximization of value for all stakeholders going forward,” he said.