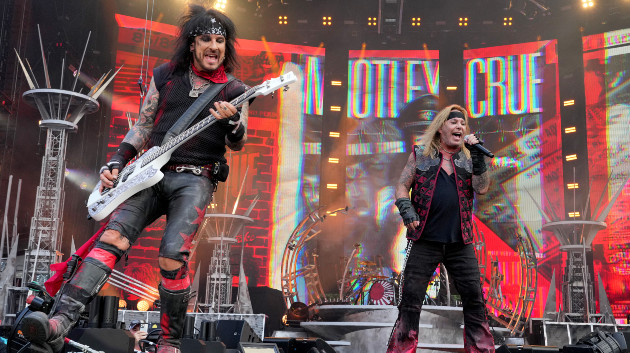 In addition to their joint world tour, Mötley Crüe and Def Leppard will be sharing the stage Stateside in 2023.

The two bands have announced a pair of co-headlining shows taking place February 10 and 11 in Atlantic City, New Jersey. Tickets go on sale this Friday, December 2, at 10 a.m. local time.

Shortly after the AC performances, the world tour will launch February 18 in Mexico City, followed by a trip to South America and Europe. The global outing follows Mötley Crüe and Def Leppard’s 2022 U.S. Stadium Tour, which also featured Poison and Joan Jett & the Blackhearts on the bill.

The Stadium Tour shows, originally scheduled for 2020 and delayed two years due to the COVID-19 pandemic, marked Mötley’s return to the live stage after voiding their infamous “cessation of touring” agreement, which they had signed to legally prevent them from touring again.

The full Crüe reunion won’t last into 2023, however, as guitarist Mick Mars announced in October that he’s retiring from touring. Rob Zombie guitarist John 5 will take his place for the upcoming shows.

In other Def Leppard news, the “Photograph” rockers are mourning the death of their trainer Eric, who toured with the band in 2018. In a tweet posted Tuesday, the group shares “sincere condolences” to Eric’s family.

Bryan Adams announces U.S. dates for the So Happy It Hurts tour