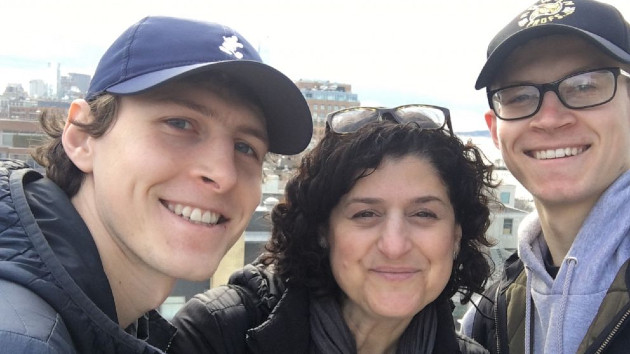 (NEW YORK) — Credit card debt is often easy to pile on, but hard to pay off. For Lisa Samalonis, smart credit card saving was the key to rebuilding her life after divorce.

“It was very important for me to preserve some of that money so that I could put it down for a down payment and also to preserve through the divorce, to preserve my credit score so that I would be eligible for a mortgage,” Samalonis told ABC News’ Good Morning America.

The New Jersey mother said she had to adjust to living as a single mother of two on one income, so she decided to go on what she calls a “credit card fast.”

“Not using my credit card in the beginning was a key factor in that, because when you’re using cash or debit, you can see [that] you don’t have enough money,” she said. “It’s having the awareness to know that you’re actually spending more than you have.”

With the help of her new trick, Samalonis was able to buy her own home. She shared her top three steps to becoming financially free.

Break down your finances

Samalonis said she bought a notebook to write down her expenses, prioritizing what was most important.

“The ones that were most important at the top, like food and my mortgage or housing. And then down the list of things that were less important,” she said, adding that she was able to grant her own freedom by being honest with herself.

“By kind of breaking it down, and really being honest or getting real with myself, that actually gave me control as I went forward,” she said.

Samalonis said if you must use a credit card, be sure to continue to allocate your expenses so your budget remains accurate.

“When you use your credit card, you take money that you have in your account and you put it into a category or you allocate it to what you’ve just spent,” she said.

Finally, Samalonis said the best way to be prepared for the “credit card fast” is to plan ahead. Unexpected expenses will always come up, but you can plan a savings cushion to help cover some of those surprises.

Here’s the difference between a ‘minimum wage’ and ‘living wage,’ and why it matters