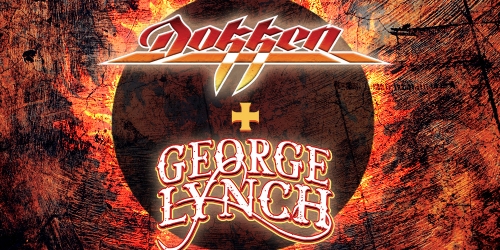 Dokken exploded out of the boiling hard rock/heavy metal scene in Los Angeles in the early 1980s. 1983’s “Breaking the Chains” with its catchy title track, set the stage for Dokken becoming the most dominant creative and commercial force in the world of Melodic Hard Rock for the following years. Such classic albums as “Tooth and Nail”, “Under Lock and Key” and “Back for the Attack” all became Multi-Platinum selling smashes and the live “Beast from the East” went gold in Europe and Japan. Songs like “Alone Again”, “Just Got Lucky”, “Into the Fire”, “In My Dreams”, “Unchain the Night”, “Dream Warriors”, “Burning like a Flame” and “Heaven Sent” are still nowadays regarded among the genre’s finest.