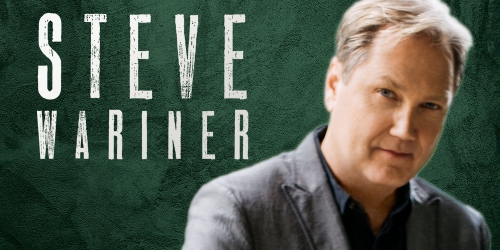 Twenty albums into his five-decade career, Steve Wariner still has plenty of musical tricks up his sleeve.

On All Over The Map, his fans will hear him like never before. For the first time, Wariner displays the astonishing breadth of his talents on one album. All Over The Map, on Wariner’s own SelecTone Records, showcases not only the dazzling, innovative guitar work for which he’s so well known, but his command of other instruments as well.

“People know me as an artist and a guitar player, but I don’t think they know the full musician side of me, including playing steel, lap steel, drums and even upright bass,” Wariner says, all of which he tackles on the new set. “This album pulls back all the layers.”

Throughout All Over The Map’s five instrumentals and seven vocal songs, Wariner brings a sense of joy to his music that rings out as an expression that is at once deeply personal, but also universal.

“This album is me. It is what I do,” the four-time GRAMMY Award winner says. “This just shows off everything that I love and what I’m about—not only the writing, but the musicianship and where I come from, my roots and my blood. This is me right here.” It’s so thoroughly him, that Wariner, an accomplished artist, even painted the cover artwork.