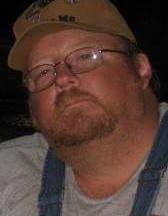 On Sunday, April 18, 2021, Archie Ray Farrand was called home at age 60. Ray was born on October 29, 1960, to Archie Farrand and Maxine (Standifer) Pembrook in Fairview, OK. Ray grew up around Oklahoma and Liberal, KS. He graduated from Liberal High School in Liberal, KS in 1979. Ray joined the Navy after graduation. While in the Navy, he received his Diesel Mechanics and Brunswick Bowling Machines certificates. While serving ten years in the Navy, he married the love of his life and best friend, Connie Platt. They were married on December 28, 1981. They raised one son Kenneth and three daughters, Stephanie, Sarah Mae, and Amanda. After serving in the Navy, he worked in the oil field, drove truck, and was an Enid News and Eagle Carrier. Ray had a passion for Jesus Christ. He got saved and baptized at Bible Baptist Church in Enid, OK. Ray loved spending time with his family. He enjoyed fishing and hunting. He was a very kind and friendly man. Ray was preceded in death by his parents, Harley and Maxine Pembrook, one brother, George Pembrook, and one grandchild, Baby Morales Ruiz. He is survived by his wife, Connie Farrand of Enid, Dad, Archie Farrand of Madil, his children, Kenneth Farrand of Enid, Stephanie and Tyrell Beckner of Cleo Springs, Sarah Mae and Candelario Morales Ruiz of Oklahoma City, Amanda and Brandon Taylor of Ringwood, ten grandchildren, Zayne, Aurron and his fiancé Kacey, Nova, Juan, Liliana, Ian, Gabrielle, Zachary, Eli, one great-granddaughter, Jaycee, five brothers, two sisters, other relatives, and many friends.  Funeral services will be held at 10:00 am on Saturday, April 24, 2021 in the Bible Baptist Church.  Pastor Terry Chick will officiate.  Committal prayers and interment will follow in Fairview Cemetery under the kind guidance of the Amy Stittsworth Funeral Service.