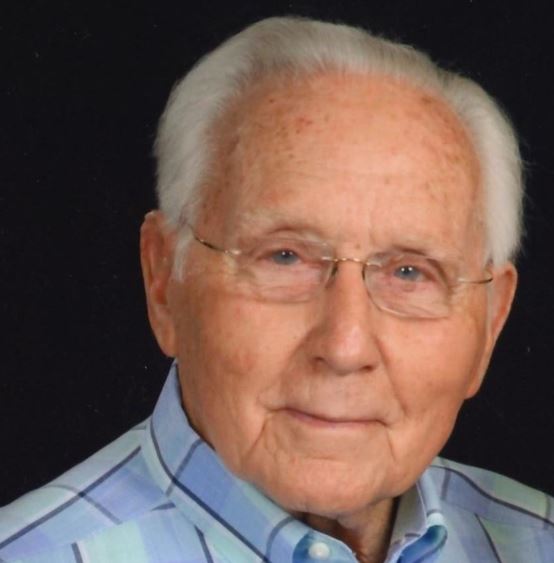 Celebration of Life service for Barney Murray, 93, will be Tuesday, May 19, 2020 at 2:00 pm in Anderson-Burris Funeral Home Chapel. Burial will follow in Memorial Park Cemetery. Visitation with the family will be Monday evening, 5:00 – 6:30 pm at Anderson-Burris.

He grew up in Woodward County, before enlisting in the U.S. Army. Following his discharge, Barney married Thelma Branden and they had two sons, Sheldon and Lyle. He worked at Champlin Refinery for 31 years. After Thelma’s death, Barney married Sammie Barnes. They made their home in Woodward, Mooreland and later Enid. Barney worked for Kirkpatrick Oil for a number of years. After Sammie’s death, Barney married Peggy Jack and they made their home in Enid. Barney was a member of Enid First Assembly of God Church.

Memorials may be made through Anderson-Burris to Central American Ministries (Feed the Hungry in Honduras).