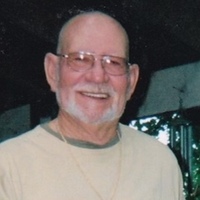 Bill joined the Marines after High School. He served in the Korean War. After the war he was a Policeman and Police Sergeant in Enid, Oklahoma for 21 years. He also worked as a jailor in the Garfield County Jail. Bill enjoyed working in his yard and cutting wood.

He was preceded in death by his parents; his daughter, Lenna Anderson, and his grandsons, Jeffery Anderson and Liam Kilmer.