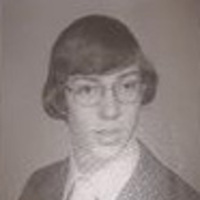 The service for Bobby Gene Gordineer will be a celebration of life at the chapel of the Moose Lodge at 3:00PM Saturday, January 15, 2022. Gene Long will be officiating.

Bobby was born June 24, 1957 in Claremoore, Oklahoma to Bob Gordineer and Jean Mason-Gordineer and passed away on Sunday, January 9, 2022. He suffered from dementia and had been released to his home on Saturday. Bobby was a graduate from Enid High School with the class of 1976. After graduation, he had a few different jobs but his favorite were his five plus years as a greeter at Wal-Mart. He loved talking with people. He spent his summers at his grandparents home and bait shop on Grand Lake. After the death of his grandfather, he stayed and ran the business until his retirenment whereby he moved back to Enid.

He collected coins, pocket-watches, antique banks and had an extensive record collection. He enjoyed fishing, hunting, listening to music and taking things apart to see how they worked and putting them back togeather.

He was preceded in death by his partner, Arlene Hoeme; mother, Jean; maternal grandparents and one niece. He is survived by his sister, Cindy Hill of Enid; brother, Steve Gordineer of Tulsa and brother, Tommy Gordineer and wife, Carol of Texas; many nieces and nephews which was great as he loved children.

He was a unique soul and so interesting to talk to and will be missed by all. Arrangements are under the direction of Henninger-Hinson Funeral Home.