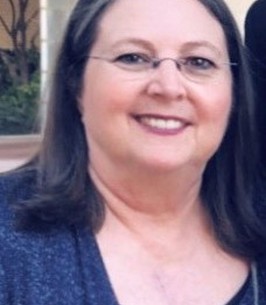 Damaris Hett, age 69, of Enid, peacefully passed at her home on Sunday, June 19, 2022. She was born in Enid on March 3, 1953 to Troy and Della Raye (Trekell) Dowell, and was raised on a farm north of Hunter. She graduated from Hunter High School in 1971. She married Melvin Hett on August 5, 1973 at the United Methodist Church in Hunter, and together they had two daughters, Kelly and Janelle. She attended Southern Nazarene University, graduating in 1988 with a Bachelor’s Degree in Human Resources. She worked for the Department of Human Services, retiring in 2003. Damaris was active in her community and church, serving as Mayor of Hunter for several years as well as choir director for Hunter United Methodist Church. Following retirement, her love of quilting inspired her to own and operate Quilt Nuts & Bolts in Hunter. She and Mel moved to Enid in 2011. Damaris spent her retirement enjoying piecing puzzles together with her family and finding hidden treasures at estate sales with her husband. Her most enjoyment and pleasure came from spending time with her family, especially her grandchildren.
Damaris is survived by her husband Mel, of the home in Enid; two daughters, Kelly Wienstroer and husband Wade, of Oklahoma City; Janelle Claborn and husband Jon, of Siloam Springs, Arkansas; three grandchildren, Kade Wienstroer, Drew and Anne Claborn; three siblings, sister, Denise Neighbors of Enid; brother, Deryl Dowell and wife Sally, of Navarre, Florida; and sister Deanne Wehmeier and husband Mark, of Winfield, Kansas. She is preceded in death by her parents, Troy and Della Raye Dowell.
Memorial donations in Damaris’s memory may be made to the American Heart Association with Ladusau-Evans Funeral Home serving as custodian of the funds.
At Damaris’s request, she will be laid to rest privately with her beloved family in attendance.