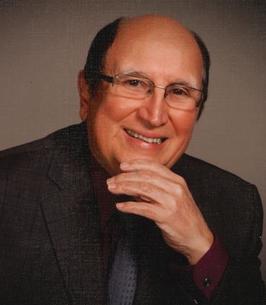 Funeral services for Edward J. Gorre, age 75, of Enid, will be 10:00 am, Monday, August 31, 2020 at the Central Christian Church with Rev. Tom Stanley and Rev. Don Johnson officiating. Burial with military honors provided by the United States Army will follow in Memorial Park Cemetery. Funeral arrangements are under the direction of Ladusau-Evans Funeral Home.
Ed was born June 25, 1945 in Enid, Oklahoma, and graduated from Enid High School. He attended Phillips University where he pursued and received a Bachelor’s Degree in Accounting. He worked for Conoco in Ponca City, OK for 19 years and then went to Colorado until he returned to Enid to care for his mother, Juanita Martin. He worked at NORSE for three years before taking a job as a social worker for the Department of Human Services Child Welfare Division where he worked for 21 years until he retired. While living in Ponca City, Ed was very active coaching his son Jim’s PCJB Baseball League, and soccer team. He loved to play tennis with his son Kelly, and also play racquetball and golf. He was a member of Central Christian Church where he served as a Deacon and Elder. He served the Lord in many ways, including a mission trip to Honduras and the Dominican Republic twice. He was an active participant in the Foster Feet Program which provides shoes for needy school children and the Canned Food Drive at Central Christian Church; he enjoyed helping people and had a servant’s heart and was a natural caregiver. Ed was a member of the Gideons; he believed everyone should have an opportunity to hear the word of God as he handed out bibles.
He is preceded in death by his mother, Juanita Martin; son, Kelly Gorre; two brothers, Robert and Ray Gorre; as well as numerous nieces and nephews. He is survived by his son Jim Gorre, of Oklahoma City; three grandchildren, Kurtis Gorre and wife Robyn, of Statesboro, GA; Devon Gorre, of Enid; Catelynne Gorre of Murfreesboro, TN; three great-grandchildren, Dean, Tommy and Ryan Gorre; sister-in-law Dorothy (Gorre) Gregory, of Enid; and dear friend, Judy Mason, of Enid.
Ed was one of a kind, and deeply interested in people; he easily conveyed his desire to help and enrich other people’s lives in some way, he will be greatly missed by everyone. May he rest in peace.