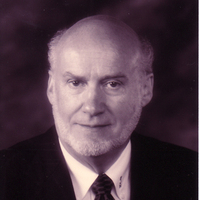 1935-2021
Edward Joe Hauck left this earth on September 22nd, 2021, at the age of 86.
Ed was born in Richardton, North Dakota, to Joe and Anna Hauck. He grew up on the family farm and attended rural school until the fifth grade, when his parents moved to Dickinson, North Dakota.
Ed finished his elementary education at St. Patrick's Catholic School and later graduated from Model High School. He loved the game of basketball and was the team captain his senior year. It was during his high school years he met the love of his life Barbara Marczuk.  They married and spent 59 years together before her passing in 2014.
In 1958 Ed was drafted into the Army and spent the bulk of his time at Aberdeen Proving Grounds, Maryland, as a personnel record manager for the 7thETC.
Ed started his newspaper career as a paper boy and worked his way up to publisher, having worked in every department.
He became publisher of the Dickinson Press, and in 1989 moved to Enid, Oklahoma, and published the Enid News and Eagle, a member of the largest newspaper group, until his retirement in 1999.
Ed served on the board, and one year as chairman, during the realization and establishment of Northwestern Oklahoma State University in Enid.
He was honored to be asked to develop a slogan and art illustration during the Vance Air Force Base closing hearing.  He was a member of the Dickinson Elks, Lions Club and Enid Rotary Club.
Ed enjoyed watching sports, playing cards, and working on designing new writing pens for his Etsy shop.
Ed is survived by his three loving daughters, Pamela Schank, Janelle (Tom) Gunderson  and Michele (John) Gorder; six grandchildren, Jeremy, Melissa, Austin, Macy, Alex and Michael; and three great-grandchildren, Brielle, Jack and Paisley.
Ed's children and grandchildren consider his presence in their lives a great gift.
He will be greatly missed by all.
A mass of Christian burial will be held at a later date.
In lieu of flowers, memorials can be made to the American Diabetes Association.
Memorial/Guest Book
Send Flowers 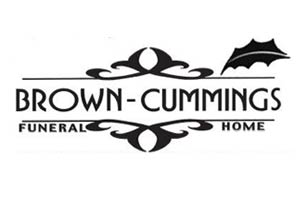