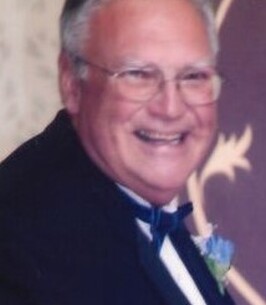 Celebration of Life Service for Glen Madison Snapp, age 69, of Enid, will be Friday, October 7, 2022 at 10:00 am at the Graceway Baptist Church with Pastor Steve Williams and Pastor David Darnell officiating. Burial will follow at the Enid Cemetery under the direction of Ladusau-Evans Funeral Home. Visitation for family and friends is Thursday, October 6, 2022 from 6-7 at the funeral home.

Glen Madison Snapp was born on March 19, 1953 to Wilda and James Snapp of Enid and passed peacefully on October 3rd, 2022 surrounded by family. Glen attended Enid Public Schools, graduating with the class of 1971 and went on to pursue his true passion for racing.

He began racing at Enid Speedway in 1973, where he raced a 1955 Chevrolet and various Ford Mustangs with his best friend, Dr. Edwin Recknagel. After his time at Enid, he found his love of racing lay on the twisting paths of road racing, taking him from the rolling green hills of Hallett, Oklahoma to the plains of La Junta, Colorado, around Lake Ponca and Lake Garnett, Kansas. He travelled the highways with his friends and family, spending time chasing trophies and memories. He became an esteemed member of the local chapter of the Sports Car Club of America (SCCA), taught new drivers in racing schools, and shared in his love of all things fast.

With his driving days over, he turned his attention to building race cars. He returned to the dirt with his friend Doc. They began building IMCA dirt modifieds and pro stocks under the Chessman Chassis name. Together, they achieved great success at tracks all across the region. In 1994, with local businessman David Dollar, he began Champion Chassis and continued his winning ways. In conjunction with Dollar Motorsports, his cars won races and championships across the country, with multiple drivers in multiple classes. Eventually, Glen and the team decided to go all in and field an entry into the venerable NASCAR Craftsman Truck Series. They found success there as they had before, winning races on a national scale, finishing second in the 2003 Truck Series Championship. During his tenure with the team, he also led their Chevrolet Corvettes to several wins and podiums as crew chief in the Grand American Sports Car Series, including a 2nd place finish in the famous 24 Hours of Daytona.

After he retired from racing, he began his fabrication business in Hennessey, where he found more success as a businessman and entrepreneur. He became a partner in another business, Pelagic Tank, before finally enjoying a hard-earned retirement.

He loved spending time with his family, especially his grandchildren, watching Sooner and Cowboy football and Texas Rangers baseball. He was quick with a joke, advice, or just a listening ear. He would do anything in his power for his family, and believed that a close family was a strong family.

He was preceded in death by his parents, James and Wilda Snapp; his sister Denise Henry; and his daughter, Amanda Snapp.