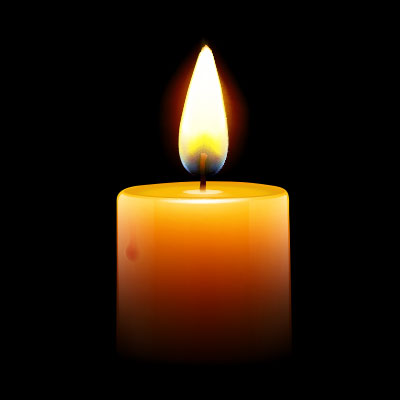 Harold Kent Scott was born in Hoisington, Kansas on April 23, 1957. The son of the late Ramon (Ray) and Pauline Hoskinson-Scott passed away September 25, 2022, at his home in Covington, Oklahoma from complications of cancer.
Born a Kansan but raised as an Okie, after his father took a new position with the Shell Oil Company outside Covington, Oklahoma. He was just at home returning to Kansas to visit family and friends in the Hoisington area as he was roaming the creeks and fields surrounding Covington.

Attending Covington-Douglas Schools until he decided the daily grind of the classroom was not for him. Kent always held a job that put food on the table, but never a career that kept him tied down to one place.

A true lover of all things great and small and his passion for the land led him to travel far and wide to seek new adventures. He was an accomplished survivalist, that had a love for fishing, hunting, and trapping. Throughout his travels or time spent, Kent acquired lifelong friendships that he forever cherished.

A change in life baby affectionately known as Kent or Bear to family and friends was the youngest of the Scott family. His 5 much older siblings Jack, William (Billy Bob) and Dean along with the late Gloria (Ann) and Raymond (Roy), loved and protected him while making sure they taught their little brother EVERYTHING they knew. Like his siblings he had a keen sense of humor, a practical joker, very quick witted and downright ornery. He could fix or make anything from nothing. He perfected and became a master craftsman in everything he decided to do from digging crystals, being a finish carpenter to laying cement or working the pipelines.

A kind, intelligent, warm, loving, scraggly mountain of a man that never met a stranger, would give the shirt off his back to get them on their way no questions asked. Kent never had or wanted for much, just living his life his way while always making sure everything he had was available to anyone who needed it.

Like his siblings, Kent was passionate about his family, fishing, hunting, noodling, and living off the land. Spending time with his family and friends playing a good game of pool, drinking a cold beer, beating someone at horseshoes or gathering the community together for a fish fry gave him such joy.

Sitting alongside a fishing hole or walking the creeks looking for arrowheads was a favorite past time for him. You could also find him bellied up to the local tavern drinking beer, telling stories of his travels and adventures with anyone that wanted to join him.

Till the end of Kent's 65 years on this earth; he lived at full throttle-his way with no regrets, a heart of gold, filled with love and charity for all, not afraid to say what he felt while not tolerating BS from anyone. A truly one-of-a-kind human being that will be missed by those who knew and loved him.