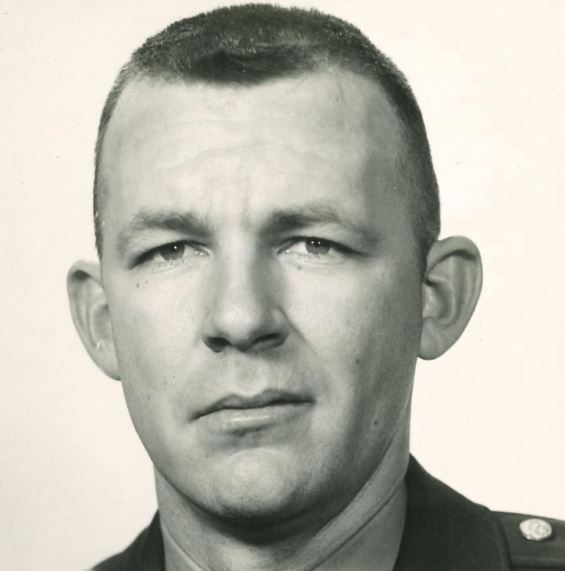 Graveside service for Jack McNutt, 88, of Enid will be 9:00 AM, Saturday, July 11 at Memorial Park Cemetery, with arrangements by Anderson-Burris Funeral Home & Crematory.
Jack was born October 15, 1931 in Ringwood to Shelby and Mary (Black) McNutt, and passed away on Monday, July 6, 2020 at his home in Enid.
Jack graduated from Enid High School in 1949. He was awarded the All State Basketball honor in 1949. Jack attended two years at Okmulgee Tech playing basketball on scholarship. He received his master’s degree from the University of Houston where he was on a basketball scholarship.
Jack served four years in the Army, stationed in the United States and Europe with his wife, Jessie (Bewley) McNutt. He was a second lieutenant at the time of his discharge and moved to Sand Springs where their son, Shelby V. was born in December 1959. His wife, Jessie, passed away in October 1960.
He taught school and coached basketball in several towns, including Sand Springs, Fairview, Carrier and Drummond. As an Assistant Girls Basketball Coach in Carrier, the team claimed a State Championship.
Jack and his father spent many years working in the custom combining business, from 1947 to 1976, harvesting wheat from Texas to North Dakota operating Gleaner A, C, and G combines. S.T. and Jack McNutt Custom Harvesting. Jack retired from Union Texas Petroleum and began his own trucking business, Jac Mac Trucking. Jack married Ruby Dewey on November 29, 1990 in Las Vegas. Upon their retirement, Jack and Ruby became ‘Winter Texans’ in Donna, Texas for 22 years making many memories.
Jack is survived by his wife Ruby; son Shelby (Dana) of Garden City, Kansas; step-sons Roger Dewey and Richard Dewey both of Enid; grandchildren Drew “Rebekah” McNutt, and Jessie “Landon” Moreland; and great grandchildren Declan Scott Moreland and Jackson Keith McNutt.
He was preceded in death by his first wife, Jessie Bewley McNutt; by his father, Shelby Taylor McNutt; and mother, Mary Black McNutt.