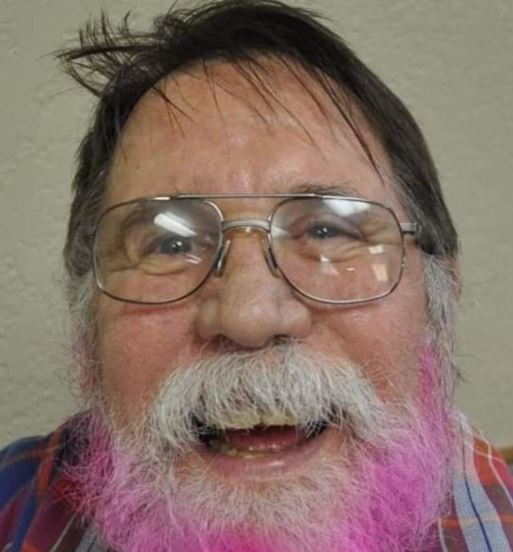 October 12, 1951 - May 18, 2020
A Celebration of Life service for Jimmy Wilson will be held at a later date. Cremation arrangements are under the direction of Anderson-Burris Funeral Home and Crematory. Jimmy Wilson, son of Dale and Georgia Wilson was born October 12, 1951, in Enid, Oklahoma. He passed away peacefully at Golden Oaks Assisted Living Center, where he has lived the past few years, on May 18, 2020, at the age of 68.

Jimmy attended Enid Public Schools, graduating in 1971. He enlisted in the Army as soon as he graduated. He liked to tell everyone that he got his draft notice right after he enlisted. He was stationed in Germany for a while. He loved to look at his watch and say Good Morning or Good Afternoon in German to you. After he returned to Enid, he went to work for The Western Company as a mechanic. Later he worked for Tommy Powell as a certified pipeline welder.

Jimmy married Teresa Busby. To this union a daughter, Brandi Machelle (Wilson) Ehardt was born. He loved to tell everyone that he had another BMW when Brandi was born, after having a BMW motorcycle in Germany.

He loved riding his Harley. He fulfilled his dream of riding his Harley to Sturgis, South Dakota to the Sturgis Bike Rally. Jimmy received a Traumatic Brain Injury after losing control of his Harley in 1986. He also faithfully attended his AA meetings and was very proud of his Sobriety Coins that he received each year of sobriety. He was a member of New Hope Methodist Church in Enid.

Jimmy was preceded in death by his parents, Dale and Georgia Wilson.

Jimmy’s family would like to extend a special thank you to Golden Oaks Assisted Living Center for their special care of Jimmy. Memorials may be made through the funeral home to the Kremlin Hillsdale Academic Enrichment Foundation or The Wildhorse Gang.