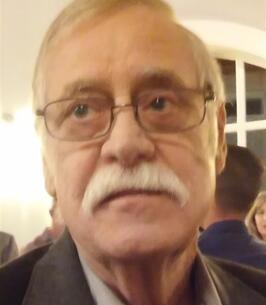 A Graveside Service for Leighton J. Hanson age 72 of Beggs, OK formerly Enid will be 11:00 am Wednesday, November 30, 2022 at the Enid Cemetery with Rev. Jim Edmison officiating. Arrangements are under the direction of Ladusau-Evans Funeral Home. Military honors will be provided by Ft. Sill Military Honor Guard.
Leighton was born January 2, 1950 in Ft. Worth, TX. to Arthur J. and Ruth Fells Hanson and passed away November 14, 2022 in Glenpool, OK. He moved in 1954 where he attended Adams Elementary, Longfellow Jr. High and Enid High School. He entered the U. S. Army in 1968 and retired from the U. S. Army on July 18, 1985. He served in Vietnam War as a Paratrooper in the 101st Airborne and receiving the Bronze Star for Valor. Leighton received his GED while serving in the military. He attended and graduated Northern Oklahoma College in Tonkawa. He later attended Okmulgee Tech receiving a certification in Jewelry manufacturing and repair. He owned and operated Wright Jewelry for several years. He restored old cars and was known all over the state of Oklahoma.
He married Jacquelyn Lee Case on June 14, 1970 in Tonkawa. He later married Lee Ann (Daniels) Allred on September 22, 2001 in Eureka Springs, Arkansas. Leighton enjoyed restoring cars, hunting, fishing and spending time with family and friends.
Leighton is survived by his wife Lee Ann of the home, son Marcus Hanson of Beggs, daughter Alisha Manns of Broken Arrow, Step son, John Oden, two sisters; Adele Stone and Rosetta Messina, three grandchildren, Megan Brittany and Jonathan, a great granddaughter Kaydence, and several other family members.
He was preceded in death by his parents and several other family members.