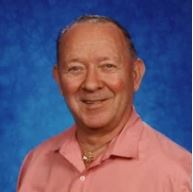 Leroy was born December 16, 1932 in Enid to Roy and Catherine Sands Daykin and passed away Thursday, August 27, 2020 in Enid. His early growing up years were spent on the corner of Randolph and Oakwood Road where his folks had a home and acreage. Leroy attended Glenwood School, Lincoln, Emerson and Enid High School, graduating with the class of 1950.

He joined the Navy Reserves in 1951 and was on active duty February 6, 1954 through February 6, 1956, stationed at Treasure Island in San Francisco, CA and the Naval Post Graduate School in Monterey, CA. Upon discharge, he enrolled in Enid Business College, 1956-1958 receiving a Bachelor of Commercial Science Degree with Accounting Major.

Early employment was with Franks Machine Shop, George Failing Supply Co., & Champlin Refining Company. Following graduation from Enid Business College in October 1958, he began working for Phillips Petroleum Company of Bartlesville, OK. He worked in Gas Accounting and later moved into Exploration and Development, working with their world wide Budgets as a Senior Capitol Budget Specialist, taking early retirement at the age of 53 years in May 28, 1986.

Leroy became a Mason and was an active member of Lodge #284 AF & AM and a 32nd Degree Scottish Rite of Bartlesville, OK.

He was preceded in death by his wife Shirley, sister Erma Lee Alley and brother-in-law, Gerald Alley.