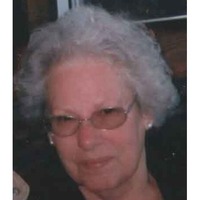 She married JT Woody on April 13, 1946, whom she met through a family member while he was on leave during WWII. They lived and worked in the Lawton, Oklahoma area until they moved to Glendive, Montana, when JT was hired by Halliburton Field Services Company, which moved them between Glendive, Tioga, ND, and back to Glendive, where they remained until JT passed away in 1966.

She married Reverend Dean A. Rohner on May 13, 1968. They made their home together with five boys, two from her marriage to JT and three from Dean’s previous marriage, in Sidney Montana, where Dean pastored a church. They subsequently moved to pastor a church in Havre, Montana. While In Havre, Dean retired from ministry and they moved after several more years in Havre to Billings, MT for the remainder of their marriage of thirty-three years, after which Lois relocated to Sand Springs, Oklahoma to be near family, residing in a home at Keystone Lake.

Lois loved being a homemaker, cooking, and gardening, the later activity diminishing, of course, as she grew older. That which most though continuously inspired Lois, strengthened her, warmed her heart and mind always, and foremost, was the love of her Lord Christ Jesus, the powerful shared love of family, and the fellowship, friendship, and love she shared with the many friends she gained while living in the Cleveland, Oklahoma area.