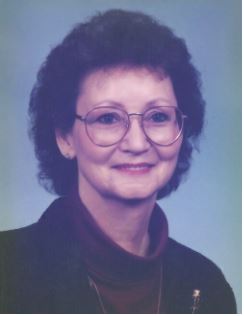 Louise Jane (Maner) Estes was born December 17th,1939 in Austin, Texas the tenth of thirteen children born to Alford Perry and Bertha Mae (Dill) Maner. She left this world to reunite with those who have gone before her on Thursday August 27th, 2020 . She will be lovingly greeted in heaven by her daughter Loretta, who passed in February of 1987. She spent the majority of her childhood living in Mayes County, Oklahoma and graduated from Locust Grove High School in 1959. She was married to James Estes in December of 1958 and shortly thereafter moved to a farm near Breckenridge where they raised their three children. Along with raising her family, Louise worked many retail jobs through the years after her divorce in 1979. She also volunteered at the Midgley Museum here in Enid. Having been sort of a wanderer herself, like her father, she had called several places home here in town and also lived in Stillwater for a time. Being an animal lover she had been a wonderful fur-mamma to quite a few small dogs throughout her adult life. She enjoyed painting, collecting angel figurines and bells, along with seashells from her favorite vacation spot on Padre Island. Louise was proceeded in death by her daughter Loretta Jane, nine brothers and two sisters. Left to grieve through her passing are her sons Michael (Connie) of Enid, Robert of Stillwater, and her only surviving sibling, her sister Bertie (Jerry) Moore of Enid. She is also surviv ed by a host of nieces and nephews. Celebration of life services will be held at 10:30 am on Saturday, September 12, 2020 in the Stittsworth Memory Chapel with Pastor Gary Miller officiating. Arrangements are under the kind guidance of the Amy Stittsworth Funeral Service.