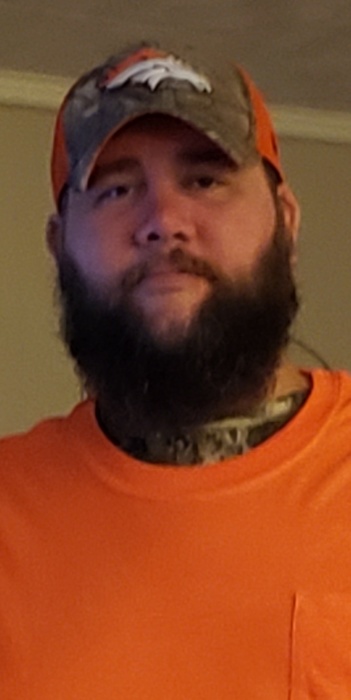 Luke was raised in Ponca City and graduated from Ponca City High School in 2001.  He loved life to the fullest.  He was always willing to help anyone that needed help.  He had many fiends he called his family.  He had last worked as a janitor for Ponca City Public Schools and health reason caused him to retire early.  Luke had many health issues but kept on living life to the fullest to the best of his abilities.  He was a BIG Denver Bronco’s fan and had over 50 Bronco hats.  He didn’t go anywhere unless he had one of his Bronco hats on.  He enjoyed fishing and spending time with friends and family and watching Street Outlaws on TV.  He was the only one that could cook his Mom a steak the way she liked it.  He was an amazing cook.

He was an amazing son, friend and brother and will be greatly missed by his Mom & Stepdad, Cindy and Lee Headrick, brother Jeremy Johnson and family, his significant other, Amber Radford, and many other family and friends.  He was preceded in death by his grandparents, Eddie and Bernice Selvey, and his Uncle Creig Selvey.  “Luke is now in heaven pain free with his Grandma and Uncle that he adored”.  Arrangements are incomplete and will be announced by the Amy Stittsworth Funeral Service.