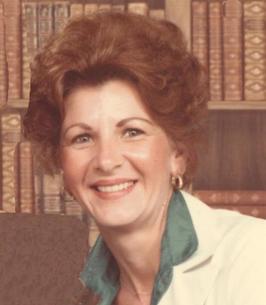 Mary Margaret Rogers entered the world in a 2-room dugout on land west of Laverne, OK, in Harper County, on February 8, 1940. She was the 7th of 13 children born to Ruth Belle (Jemes) and Willard Wayne Rogers. The family eventually settled 5 miles west of May, OK, and had a larger home, but still had to sleep 3 or 4 to a bed. These were lean and simple times, and the family all pitched in to make ends meet. Through it all they were close and strong, and have remained so to this day. Mary went to school in May, Oklahoma, and got married before her high school graduation. She later completed her GED while living in Stillwater, OK.

On May 18, 1957, she was united in marriage to Monte Lee Murphy at May, OK. Together they had two children, Roger Lee and Sandra Jayne. For several years while Monte was in college, they lived in Goodwell and Stillwater, later settling in Ft. Supply. In 1972, Mary ventured to Enid, OK, to take a job at the Enid State School, and quickly landed a better job working for the administrator of Bass Hospital. On November 29, 1976, Mary and James R. Harber Jr. were married. In 1977 they moved to Tulsa, OK, and she worked as executive secretary to the hospital administrator of St. Francis Hospital until she retired January 1, 1999.

Always a hard worker, and being a single mother for many years, one job was sometimes not enough. She had worked hard growing up on the farm and she didn't have a lazy bone in her body. So there were times that Mary had 2 or even 3 jobs at a time. She worked as a switchboard operator at Western State Hospital in Ft. Supply before becoming secretary in administration. At the same time she would use her seamstress skills to sew for others, even making a beautiful wedding dress. She would also take in ironing (that sounds crazy now, we know!), and also worked as a waitress.

Mary was a basketball player in school and had always been athletic. It was when she moved to Tulsa that she began to play golf. Jim agreed to take her to the course, and once she got the hang of it she was hooked. She collected many prizes over the years that she'd won in her golf tournaments. She and Jim were lifetime members of Meadowbrook Country Club in Tulsa. (And it only took a few months for her to stop calling the fairway the freeway.)

Declining health brought her to Enid, OK in August 2012 to be near her daughter. Mary resided at Greenbrier Assisted Living until December 2019, when she moved to Brookdale Senior Living. Her smile and upbeat personality fit right in with her new family at Greenbrier. She was truly loved by the amazing Greenbrier family who treated her with kindness and dignity. They will forever be part of our family. The Brookdale staff provided thoughtful care during her final days and hours and for that we are thankful.

In addition to her parents, Mary was preceded in death by her husband, daughter-in-law Karen Harber; brothers Pat, Wayne, Leroy, Marvin and Eldon, and her sisters Carolyn Sue Rogers and Betty Herring.