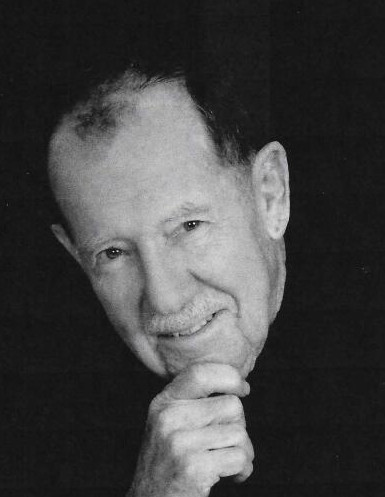 Norman Earl Cunningham (88) passed away Monday, July 25, 2022 at The Alliance Hospital in Ponca
City, Ok. He was born December 6, 1933 at Kingman, Ks., the third of four sons, to parents Floyd Earl
and Lela Opal Cunningham of Turon, Ks. He graduated from Turn High school in 1951, where he
participated in all sports, but excelled at and enjoyed tennis.
After graduation, he moved to Wichita, Ks., where he learned to spray paint automobiles and was well
known for his ability to match colors. He retired in 1985. Weekends were spent in Turn hunting,
fishing and spending time with the girl next door Beverly Ann Munger. They were married on November
22, 1952 and would have celebrated their 70th Wedding Anniversary this year. They renewed their
vows on their 25th Anniversary in Ventura and, again on their 50th with family and friends at the
Marland Mansion in Ponca City.
Their daughter, Leslee Ann was born on February 17, 1961. Norman wanted and predicted the baby
would be a girl. He even bought "it's a Girl" cigars to pass out during the pregnancy. Thankfully, he was
right.
Norman was drafted and served as a Supply Clerk in the U.S Army for two years (1956 and 1957). He
and Beverly lived near Ft. Knox, Ky during his last year of service and returned to Wichita when he was
honorably discharged.
In 1966, Beverly was transferred by Conoco to Ventura, Ca., in 1987, to Houston, Tx and in 1991 to
Ponca City, Ok. where they remained after her retirement. He said "Home is where the Heart is" and
enjoyed the amenities of each of the new hometowns
In 1985, they enjoyed a 3 week family trip to Germany (Passion Play in Omerammergau) Austria,
Switzerland, & France; a 35th Anniversary trip to Hawaii and a retirement cruise to Alaska. Their
Favorite get-a-way, however,, was the family cabin in Green Mountain Falls, Co.
He was known as the "Carmel guy" since he carried a pocket full in his jacket to give away. If he saw
you in church, you've probably received one; someone who helped him in a store; a friend who stopped
by or anyone needing a "sugar fix…He also enjoyed going to and having garage sales and auctions,
buying and selling name brand tools, hunting and fishing equipment and refurbishing them to sell.
Beverly affectionately called him a "junkaholic." He was the "ultimate" caretaker of Beverly and never
complained about his late onset of health problems.
Norman was a member of Community Christian Church and served as a Deacon for many years

Survivors include his wife Beverly and daughter Leslee (Tim McMillan), Ponca City, ok; sister-in-love
Carla (Boyd Chisholm) Cunningham, Lake Havasu City, Ca., nephews Ken (Robbi) Cunningham,
Windsor, Co; David (Marlies) Cunningham (Holland, Mi., Kent Branscom, Arlington, Ks., Rick (Danell)
Branscom, Hutchinson, Ks., Tim (Angie) Branscom, Pratt, Ks., and Ron (David Breedlove) Branscom,
Kansas City, Mo.; nieces Barbara Cunningham of Glendale, Ca., Debra Cunningham of Carlsbad,
California and Patti (Tony) Boucher, Oskaloosa, Ks. along with numerous great and great great nephews
and nieces and a host of friends from a life well lived.
In 1953, he and Beverly acquired their first Dachshund and enjoyed a life long love affair with the breed.
He has now been greeted at The Rainbow Bridge with slobbery kisses and wagging tails from Murg,
Pretzel, Snitzel, Liebchen, Gretchen and Duchess No. 1. Our precious Duchess No.2 is left to mourn his
loss with Beverly.
Preceding him in death and there to welcome him to his heavenly home are his parents Floyd and Lela
Cunningham, brothers & wives, Harold (Maryanna), Don (Patsy) and Gary; father & mother-in-love
Millard and Gertrude Munger; and sister-in-love Sue Branscom and her 3rd baby, nephew Kevin Lee.
A Memorial Service will be held af a later date in the Cunningham Family portion of the Turn Cemetary,
Turon, Ks.