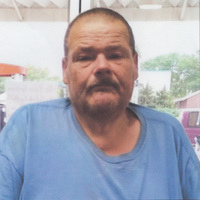 Paul Edward McKinney, 59 year-old Enid resident died peacefuly at home on February 16, 2021. Paul was born July 29, 1961 to Barbara and Leon McKinney. He like listening to Christian music and playing bingo. When his health allowed, he loved to fish. If a person needed help, they could call Paul.

Paul married Beverly Phipps and even though that union didn't last, their friendship did. Paul is preceded in death by his grandparents, his step-father George Koch Sr., a sister Paula, and three brothers, Arnold and Andy McKinney and George Koch Jr.

He is survived by his mother Barbara Koch, two brothers, Steve McKinney and wife Sheryl and Dennis Koch, a sister Cindy Koch and her fiancee Kenny Hays, as well as several nieces and nephews.