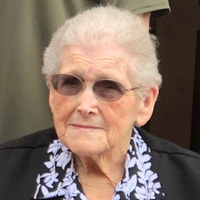 She was a member of the Assembly of God Church.

Pearley loved her family and sent a birthday card with $1.00 enclosed to each member of her family, including new babies and newly married grandchildren. She never forgot a birthday, even when she was sick in the hospital.