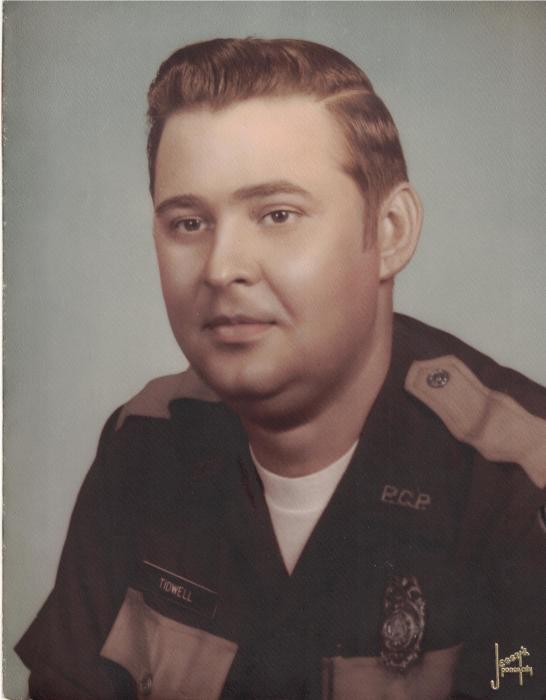 Funeral services for Roy Gene Tidwell, 81, Ponca City resident, will be held on Monday, February 10, 2020 at 2:00 pm in the Ponca City Assembly of God Church with Pastor Richard Bardwell officiating. Committal prayers and interment will follow in the Tonkawa I.O.O.F. Cemetery under the kind guidance of the Amy Stittsworth Funeral Service.

Roy was born on January 3, 1939 in Nashville, Tennessee, the son of John and Alice Tidwell, and passed away peacefully on Wednesday, February 5, 2020 in Oklahoma City. Roy was raised and educated in Nashville. In 1955, Roy moved to Tonkawa. He married Carolyn Sue Myers in Enid on March 26, 1956. They made Tonkawa their home. Roy worked his father in law, Myer’s Hard Facing for fourteen years in Tonkawa. Roy then went to work for Smith International in Ponca City, becoming a police officer in 1970. Roy retired from the Ponca City Police Department in 1996. He was a member of the Ponca City Assembly of God Church, Fraternal Order of Police. Roy was an avid quail hunter and loved fishing.; very interested in geneology. Survivors include his wife Carolyn of the residence; daughter, Terrie Louise Loftis of Ponca City; ten grandchildren; eight great-grandchildren; several siblings, nieces and nephews. Roy was preceded in passing by his parents, two sons, Timothy Ray and Kenneth Loyd, and numerous siblings. the family has requested memorial donation checks be made payable to the Ponca City Humane Society.