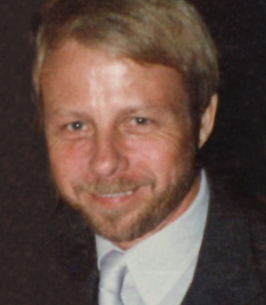 A Celebration of Life Service for Steven Gabelsberg age 73 of Enid will be 2:00 PM Wednesday in the Ladusau-Evans Chapel with Rev. Jim Edmison officiating. Burial will follow in the Memorial Park Cemetery under the direction of Ladusau-Evans Funeral Home. The family will receive friends Tuesday evening from 6:00 to 7:00 pm at the funeral home.
Steven was born January 11, 1949 in Enid, OK to Herbert and Rachel ( Lindley) Gabelsberg and passed away peacefully at his home on May 25, 2022 from complications of Parkinson’s Disease. He attended and graduated from Enid High School in 1967. He attended OSU for a year until he joined the U. S. Air Force in 1969 and was honorably discharged in 1973. He attended Central State University receiving his Bachelor Science in Accounting in 1977. He entered a career with the U. S. Treasury in 1976 and retiring January 1, 2000 as a special agent for 24 years. The highlight of his career was working as an undercover agent focusing on money laundering and drugs. He married Linda Garrett in 1968 and later married Joyce Culver in 1974. He married Kathy Choate on February 5, 1988 in Seabrook,
TX. They moved to the Florida Keys in 1999 later moving back to Enid in 2002. He was a dedicated member of
CASA volunteers for several years. Steve’s love for motorcycle’s led him to purchase his first Harley in 1991. They traveled to Sturgis many times.
He is survived by his wife Kathy, his two sons; Alan Gabelsberg and wife Laura of Houston, TX, Jeff Gabelsberg of Oklahoma City, grandchildren; Nathan, Derek, and Erin Rae Gabelsberg, Brother Jim and wife Della Gabelsberg of Santa Ana, CA, Sister Shari Willis and husband Wayne of Washington, DC, brother Ron Putnam of Ponca City, OK, nephews Ian Willis, Mark Gabelsberg, Jason Gabelsberg, great nephew Kyle, and great nieces Haley and Avery.
He was preceded in death by his parents.