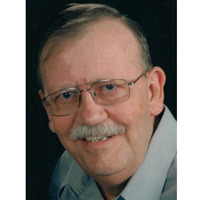 The memorial service for Walter David “Tree” Ogletree will be 2:00pm Saturday, September 5, 2020 in the Henninger~Hinson Funeral Home Chapel. Reverend Gail Edmison will officiate. Masks are encouraged for those in attendance. A private family burial in Memorial Park Cemetery will take place at a later date.

David grew up and attended school in Elk City before moving to Altus his senior year of high school, graduating with the class of 1970. After high school, David continued his education at Southwestern Oklahoma State University, where he completed his bachelor’s degree in 1974. While at SWOSU, David was President of the Student Education Association from 1973-1974, a position of which he was most proud. After college, he moved to Enid and began his teaching career, spanning over 35 years. He coached and taught math for 29 years at Longfellow Middle School before making the move to teach math at Enid High School for another five years. David also umpired the Enid baseball program for a number of years. In 2008, he earned his retirement.

David was an avid OU fan, proud alumni and supporter of SWOSU, enjoyed casinos and watching John Wayne movies as well as going out to eat with family and friends. His proudest accomplishment however, was watching his granddaughter, Cassie, graduate from his alma mater last year.