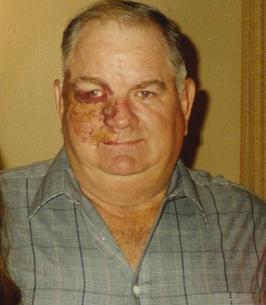 Bill was born October 18, 1943 near Hennessey, OK to Othel “Oat” and Nellie McCartney Beebe and passed away on September 4, 2020 at his home. He attended and graduated from Hennessey High School in 1961. Bill married Carilyn Layton on July 9, 1994 at the Hennessey Baptist Church. He opened BB Machine and Supply in 1975 and retired on January 1, 2018. Bill served on the Hennessey Volunteer Fire Department and was on the Hennessey Police Dept when he was younger. He started racing in 1969 and raced for over 50 years. His accomplishments were: 13 Track Championships, 15 Track Records and several other awards. After retirement he enjoyed his hobby of raising cattle and farming.
He is survived by his wife Carilyn of the home, his sons; Roger Beebe of Germany, Terry Beebe and wife Renee of Enid, Darryl Beebe and wife Kindra of Waukomis; daughters Tracy Greenlee and husband Eddie of New Mexico, Natalie Lobaugh and husband Rob of Enid, 11 grandchildren, 9 great grandchildren, sister Patsy Davis and husband Clyde of Bison and several other family members.
He was preceded in death by his parents, infant daughter Ryanna, brother Russell and sisters; Wanda Beebe, Candis Beebe and Lola Mercer.