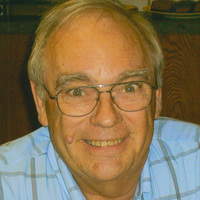 William was born August 16, 1942 in Maidenhead, England to Caroline and George Reeks and died February 13, 2021. He obtained his bachelor’s degree and was a Master Carpenter. He moved to the United States in 1963 and became a United States Citizen in 1995. He retired from Hussman Refrigeration after 40 years.

He enjoyed fishing, traveling, cooking, and spending time with his children and grandchildren, He loved his beagle, Jasper...his loyal companion of fifteen years.

He is survived by children, Donald and Jody Reeks of Lahoma; Ginger Van Cleave of Henryetta; Karen and Stanley Schneider of Eucha; and David Reeks; twelve grandchildren; twenty-nine great-grandchildren; five great-great grandchildren as well as his loving sister, Maureen and Ron Penn of Reading, England.