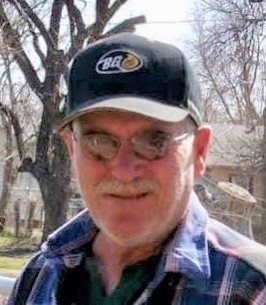 Willis was born November 12, 1952 in Coolidge, Arizona to Alfred and Lena Adams. He grew up in Boise City, Oklahoma. They moved to Woodville, California, which is where he met Rose Patchin, in 1969. They married in 1970, and moved to Oklahoma. Which is where they had their family. Willis loved to build racecars, and camping with his family. He created the Willie Shuffle dance. His greatest love was his family, including his grandchildren and great grandchildren.
Willis is survived by his wife, Rose Adams; children, Wendy Palmer and her husband Robert, Twila Berry and her husband Joshua, Willis Adams and his wife Tiffany, Joseph Adams and his wife Kaycee, Kenneth Adams and his wife Tamara, Cleo Adams and his wife Lorrie; 20 grandchildren; 10 great grandchildren; siblings, Bob Adams, Roy Adams and Ralph Adams; a host of nieces, nephews, cousin and many loving family members and friends.
He preceded in death by his parents; brother, Donald Adams; sisters, Sharron Snow, Joanne McNett and Carol Smith.