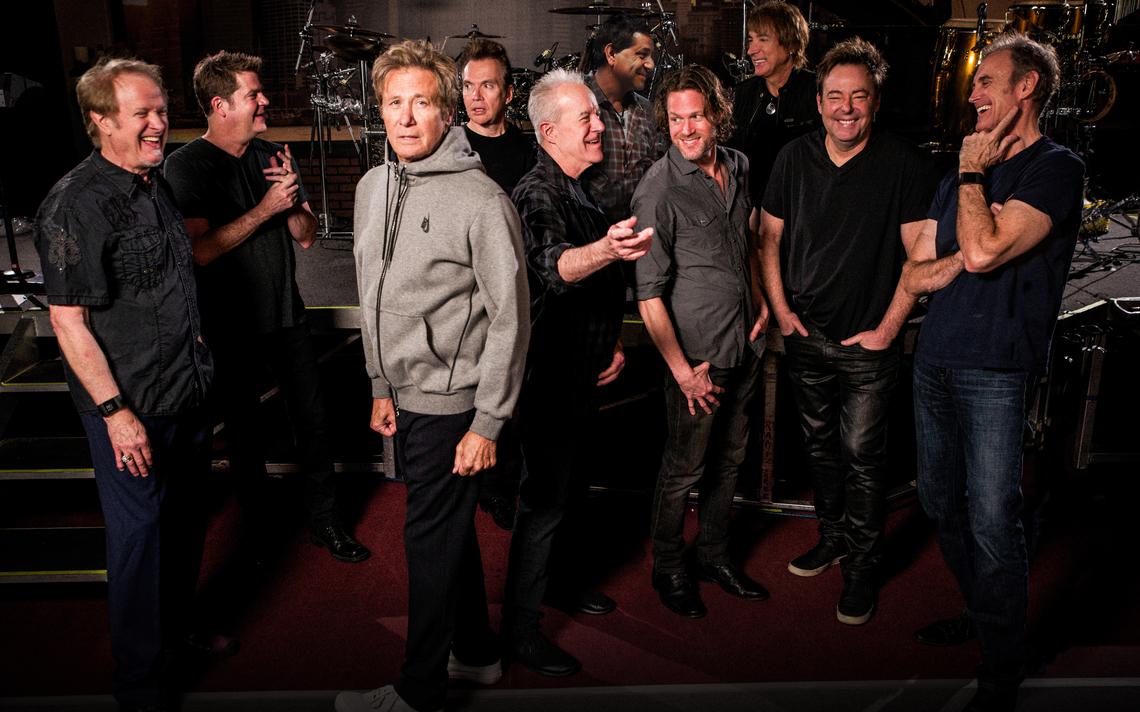 Hailed as one of the “most important bands in music since the dawn of the rock and roll era,” by former President Bill Clinton, the legendary rock and roll band with horns, Chicago, came in at #4, the highest charting American band in the chart’s history, in Billboard Magazine’s Top Bands And Duos. And Chicago is the first American rock band to chart Top 40 albums in six consecutive decades.

Chicago was inducted into the 2016 Rock and Roll Hall of Fame. This was their first nomination. They’ve been eligible since 1994. A long time coming! Chicago’s first album, Chicago Transit Authority, was inducted into the GRAMMY Hall Of Fame in 2014. Chicago managed to fuse pop, rock and jazz together perfectly in this double album. Robert Lamm and James Pankow have become inductees of the Songwriters Hall of Fame in 2017. These legendary songwriters wrote mega-hits such as, “25 or 6 to 4,” “Saturday In The Park,” “Feelin’ Stronger Every Day,” “Make Me Smile,” and many others.

Chicago, will celebrate the holidays this year with a new Christmas album, CHICAGO CHRISTMAS, that spotlights the legendary group’s trademark sound on eight original songs, two yuletide favorites and one timeless classic that embraces the spirit of hope. Shortly after its release on October 4th, Chicago Christmas went to #1 on Billboard’s Holiday Chart.  After fifty-two years, Chicago is still earning historic chart achievements. Amazing! Produced by founding member Lee Loughnane, CHICAGO CHRISTMAS is the 37th album of the band’s career and its fourth holiday collection.