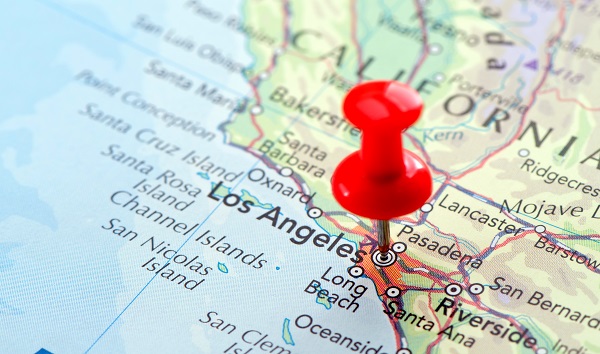 iStock(SANTA CLARITA, Calif.) — With heavy hearts and under tight security, students returned on Monday to Saugus High School in Santa Clarita, California, for the first time since a 16-year-old boy went on a shooting rampage that left two classmates dead and three injured.Students, many of them escorted by their parents, were greeted at the main gate to the school by teachers, administrators and counselors who offered hugs and words of encouragement as they resumed classes and attempted to return to some semblance of normal life.All around the campus, community residents had hung signs, including a large banner with the word “Strong” and the school’s mascot, the Centurian.But sheriff’s deputies posted outside the school also served as a reminder of the killings that occurred in the high school quad last month.”School staff will be busy supporting grieving students and trying to restore as much normalcy as possible during this difficult time,” according to a note posted on the William S. Hart Union High School District website. “For the first week back, we will limit access to campus to students, staff, and parents who need to contact the office.”At 7:40 a.m. on Nov. 14, Nathaniel Tennosuke Berhow, a 16-year-old student at Saugus High School, allegedly pulled a handgun out of his backpack and opened fire on classmates.Killed in the attack were 15-year-old Gracie Muehlberger and 14-year-old Dominic Blackwell. Three other students were hurt in the rampage before Berhow turned the gun on himself and took his own life, officials said.Investigators have yet to comment on a possible motive for the killings.During a news conference last week, Los Angeles County Sheriff Alex Villanueva said Berhow used an untraceable “ghost gun,” a weapon purchased as a kit that can be assembled at home.Villanueva said Berhow’s .45 caliber gun, a 1911-model replica semi-automatic pistol, was assembled from gun parts and did not have a serial number.Just as students were returning to the Santa Clarita campus on Monday, gunfire rang out at a high school about 2,000 miles away.At 10:17 a.m. local time, Waukesha South High School in Waukesha, Wisconsin, a suburb of Milwaukee, was put on lockdown for 90 minutes after a school resource officer confronted a student with a pistol inside a classroom, Waukesha Police Chief Russell Jack said at a news conference.Jack said the school resource officer cleared other students from the classroom and was attempting to de-escalate the situation when the 17-year-old student pulled a handgun from his waistband and pointed it at the school resource officer and other officers who responded to the incident. One of the officers, an 11-year veteran of the police department, shot the teen, who was in stable condition at a hospital, Jack said.Copyright © 2019, ABC Radio. All rights reserved.