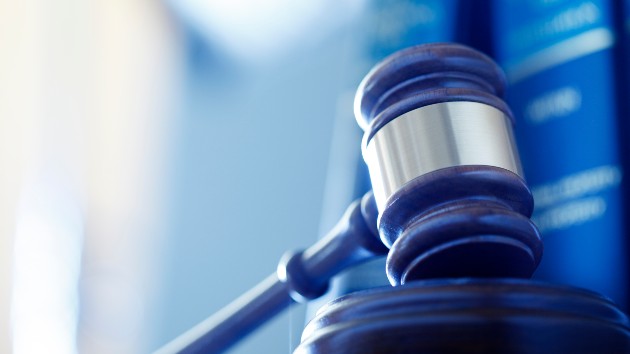 DNY59/iStock(NEW YORK) — A program designed to help curb homelessness in New York City has turned Newark, New Jersey, and surrounding areas into a dumping ground for needy families, according to a new lawsuit.People who had been in shelters are being placed in uninhabitable or illegal apartments, some with no heat or electricity, some with crumbling ceilings and floors, the suit, filed at the behest of Newark Mayor Ras Baraka, alleges.The suit, filed on Monday in U.S. District Court in New Jersey, accused New York City Mayor Bill de Blasio and Steven Banks, commissioner of the city’s Department of Homeless Services, of orchestrating an “ill-conceived, surreptitious” program that’s become a public nuisance.The lawsuit contends New York’s Special One-Time Assistance program, or SOTA, has “unlawfully coerced” people into leaving the city’s shelters for dilapidated, rodent-invested housing in neighboring communities.Under SOTA, launched by the de Blasio administration in August 2017, the city offers families that have been in shelters for at least 90 days housing subsidies for up to a year as long as the heads of households work and earn income for future rental payments.But participants of the program have said the subsidies are not enough for them to live in New York, so they’re being shipped to more affordable communities, where they’re virtually abandoned in substandard housing, according to the lawsuit.While the program requires New York’s Department of Homeless Services to conduct walk-throughs of apartments before placing people in them, the lawsuit contends that’s rarely happened.”Defendants have caused a public nuisance that has significantly harmed any considerable number of Newark’s residents and the State of New Jersey residents,” reads the lawsuit.Newark leaders, who have outlawed SOTA in the city, claim 2,200 families have been placed in 62 New Jersey towns, including 1,198 in Newark.”New York has continued to send people despite us having several discussions about our problems with their program,” Newark’s corporation counsel, Kenyatta Stewart, told the Newark Star-Ledger. “We need to get a judge involved so they can stop shipping people to Newark.”Elizabeth, New Jersey, Mayor J. Christian Bollwage said in a statement Tuesday afternoon it was “strongly considering going forward in joining Newark” in a possible class-action lawsuit.Avery Cohen, de Blasio’s deputy press secretary, blasted the lawsuit in a statement to ABC News on Tuesday.”In the face of a regional housing crisis, the City of Newark has inexplicably taken a page from the Trump playbook, building a wall to single out and prevent families from seeking housing where they want to live,” Cohen’s statement reads. “This is wrong, hypocritical, and amounts to nothing short of income-based discrimination. We will continue to fight to ensure that families have the right to seek stable and safe housing.”Sha-Kira Jones, one of several SOTA program participants named in the lawsuit, said she never wanted to live in New Jersey. She said she felt pressured to move there after living in a shelter for 10 months with her two young children while pregnant at the time, according to the lawsuit. They ended up in a Newark apartment, where the electricity stopped working and all the food in her refrigerator spoiled.She claims complaints to her landlord were ignored, and New York City officials refused to intervene, according to the suit. She eventually learned she was living in an illegally converted apartment.Another SOTA recipient — whose name was not included in the lawsuit because the individual was “fearful of future reprisal by the Defendants” — claimed in the lawsuit that her apartment was rodent- and roach-infested, the bathroom ceiling collapsed and that the heater never worked.She said she was forced to leave the apartment when Newark city officials told her the building was being condemned.Loreal Bell, another SOTA recipient, said she was moved into an apartment in Newark that was mice-infested, had faulty wiring and no heat, according to the suit. She claimed that when she complained to officials at the New York Department of Homeless Services, she was told to contact Newark officials.”Ms. Bell,” according to the lawsuit, “feels like she was ‘dumped here and is now a Newark problem."”Copyright © 2019, ABC Audio. All rights reserved.