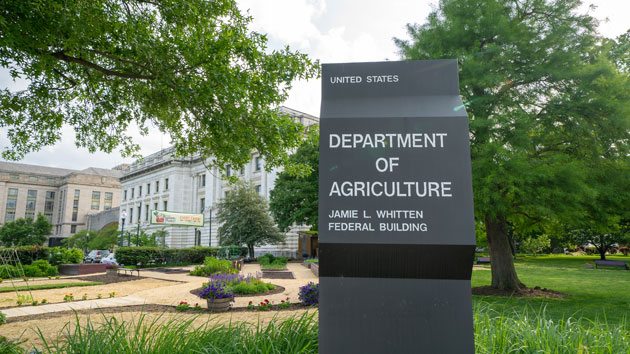 iStock(WASHINGTON) — The Trump administration announced a final rule on Wednesday that will limit states’ ability to provide food stamps outside of federal work requirements.The new rule, aimed to reform the Supplemental Nutrition Assistance Program, could cause an estimated 688,000 individuals to lose their SNAP benefits, according to the regulatory impact analysis.Agriculture Secretary Sonny Perdue on Wednesday said the new regulation will restore the “original intent” of SNAP, also known as food stamps. It will work to “move more able-bodied recipients of the Supplemental Nutrition Assistance Program (SNAP) towards self-sufficiency and into employment,” according to a press release.States are currently able to get a waiver from existing work requirements based on an area’s unemployment rate and job availability.Under the new rule, the U.S. Department of Agriculture will raise the standard for when states are eligible for a waiver from work requirements by adjusting the unemployment rate needed to qualify.States have been given a limited number of waivers to extend SNAP benefits for individuals who are subject to the time limit, those waivers can be carried over and accrued by states year-to-year. Under the new regulation, USDA will now set “a reasonable limit on the carryover of unused discretionary exemptions,” according to the rule.The rule faced immediate pushback from groups and members of Congress who argue it would hurt individuals in need.Michigan Democrat Sen. Debbie Stabenow, the ranking member of the Senate Committee on Agriculture, Nutrition and Forestry, called the administration “out of touch with families who are struggling to make ends meet by working seasonal jobs or part time jobs with unreliable hours,” in response to the announcement.Stabenow said the rule will hurt individuals who work in the tourism industry and others who have “unreliable hours like waiters and waitresses” in particular.Democratic Sen. Chuck Schumer, of New York, called the rule “heartless” and “cruel,” saying it is “driving the vulnerable into hunger just as the Christmas season approaches.”He added, “It exposes a deep and shameful cruelness, and hypocrisy in this administration.”Stacy Dean, vice president of food assistance policy at the Center on Budget and Policy Priorities, said it “targets very poor people struggling to work.”“Taking away basic food assistance from these individuals will only increase hardship and hunger, while doing nothing to help them find steady full-time work,” she said in a statement.Dean called the final rule “much worse than the proposed policy,” saying it “makes it much harder for states with high unemployment to qualify for waivers during a national recession.”“That change really weakens SNAP’s ability to assist the unemployed during an economic downturn,” Dean’s statement continued.According to the Agriculture Department, the unemployment rate in 2000 was at 4%, while individuals receiving benefits from SNAP was “just over” 17 million. In 2019, the unemployment rate stands at 3.6%, with more than 36 million individuals receiving SNAP benefits, the USDA said in its statement.“Americans are generous people who believe it is their responsibility to help their fellow citizens when they encounter a difficult stretch,” Perdue said in the statement.“Government can be a powerful force for good, but government dependency has never been the American dream. We need to encourage people by giving them a helping hand but not allowing it to become an indefinitely giving hand,” he continued. “Now, in the midst of the strongest economy in a generation, we need everyone who can work, to work.”The rule would impact “able-bodied adults” without dependents between 18-49 years old. USDA said in the statement it would not apply to “children and their parents, those over 50 years old including the elderly, those with a disability, or pregnant women.”The USDA added there are “multiple ways for individuals to engage and maintain their SNAP benefits, from working, to preparing for work, and volunteering,” like states providing employment training programs.“States also have access to programs and services provided by other Federal agencies, state and county governments, and local service providers,” the USDA statement said. Copyright © 2019, ABC Audio. All rights reserved.