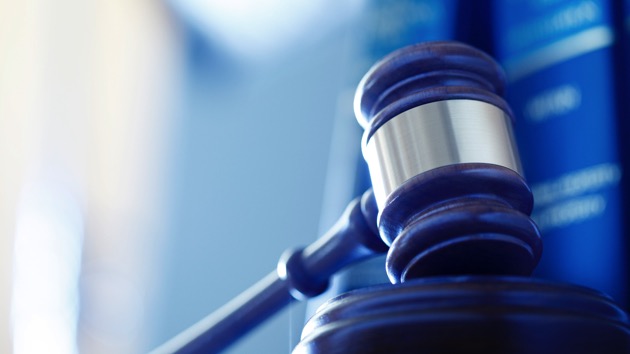 DNY59/iStock(WASHINGTON) —  (WASHINGTON) — Federal prosecutors reversed course Tuesday and recommended President Donald Trump’s onetime national security adviser, retired Lt. Gen. Michael Flynn, serve up to six months in prison for lying to the FBI.The federal prosecutors, who had initially recommended Flynn be spared jail time, said in a newly filed sentencing memo that they have re-evaluated, citing “his apparent failure to accept responsibility, [and] his failure to complete his cooperation.”Flynn pleaded guilty in December 2017 to a charge of lying to federal investigators about his discussions during the presidential transition with Russian Ambassador Sergei Kislyak in December 2016. He entered into a cooperation agreement with prosecutors as part of former special counsel Robert Mueller’s probe into Russian election interference. But after an aborted sentencing hearing in late 2018, Flynn replaced his lawyer and began an effort to disavow his wrongdoing.“The government has reason to believe, through representations by the defendant’s counsel, that the defendant has retreated from his acceptance of responsibility in this case regarding his lies to the FBI,” prosecutors wrote.Flynn’s attorney, Sidney Powell, called the government’s new position an “outrage” in a statement to ABC News. “The government’s sentencing memo represents a sad day for anything called justice.” Flynn’s team is scheduled to file a response to the court by Jan. 22.Flynn’s legal strategy underwent a transformation after he appeared before a judge for sentencing in December 2018.At the time, prosecutors represented to the judge that they believed Flynn should not face any prison time due to his prolonged cooperation with prosecutors. But during the Judge Emmet Sullivan admonished Flynn for lying to the FBI during a White House meeting in the earliest stages of the Trump presidency, and suggested Flynn might want to wait for sentencing until he had fully completed his cooperation with the government.Flynn’s attorneys ultimately requested a further delay of Flynn’s sentencing.Shortly after that 2018 hearing, Flynn began being represented by a new legal team lead by Powell, a former prosecutor and conservative commentator who has been a vocal critic of the special counsel’s investigation. In a June hearing, Powell challenged the underpinnings of Flynn’s guilty plea. The government pointed to those assertions in their Tuesday filing seeking potential prison time for Flynn.”Six months later, in June 2019, the defendant began retracting those admissions and denying responsibility for his criminal conduct,” prosecutors wrote. “Far from accepting the consequences of his unlawful actions, he has sought to blame almost every other person and entity involved in his case, including his former counsel. Most blatantly, the defendant now professes his innocence.”In October, Flynn’s new lawyers drafted a 32-page appeal to the court that attempted to discredit the investigation against their client. This included an allegation that “high-ranking F.B.I. officials orchestrated an ambush interview” of Flynn during his time in the White House, and were trying to “[trap] him into making false statements they could allege as false.”“In its relentless pursuit of Mr. Flynn, the government became the architect of an injustice so egregious it is ‘repugnant to the American criminal system,’” the lawyers argued. “Given the clear and convincing evidence herein, this Court should issue an order to show cause why the prosecutors should not be held in contempt; and should dismiss the entire prosecution for outrageous government misconduct.”Flynn was expected to be called as a government witness last July in the separate case of his former business associate, Bijan Kian, who was found guilty of violating foreign lobbying laws by a jury before a judge later threw out the verdict for lack of evidence.Prosecutors cited Flynn’s “affirmative efforts to undermine” Kian’s prosecution as part of their reasoning for recommending a harsher sentence for Flynn.Flynn did not end up testifying at Kian’s trial after prosecutors expressed new doubts about his pledge to cooperate with their investigative efforts and switched his classification in the case from that of a cooperating witness to that of a co-conspirator. Powell maintained at the time that Flynn’s cooperation was still in tact.Flynn is currently scheduled to be sentenced Jan. 28. Copyright © 2020, ABC Audio. All rights reserved.