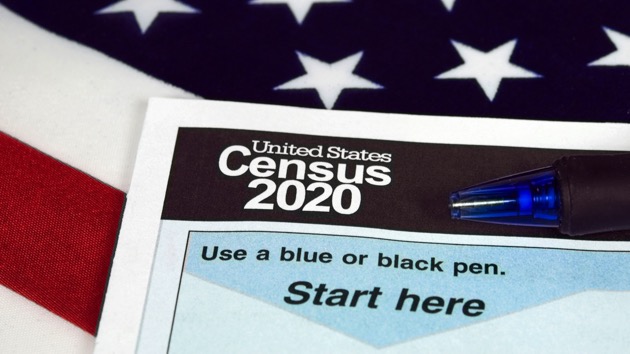 liveslow/iStock(NEW YORK) — Alaska in January is cold and icy and its population is spread out over 665,000 square miles, but that’s not going to stop a group of advocates from ensuring every resident living in the state is accounted for.The 2020 Census began Tuesday in rural areas of the state, and the Alaska Census Working Group, a coalition of nonprofits, government agencies and businesses, said they will be hitting the ground running, promoting the count and answering any questions Alaskans may have about the questionnaire.Gabriel Layman, the chairman of the group, told Start Here it was critical that they get an accurate count of the state, which is set to collect $3.2 million annually in federal funding based on the Census data.“That money is used for everything from maintaining our airports in remote communities to ensuring that children have school new nutrition programs so that that allocation,” he said.Although the Census rolls out for the rest of the nation in March, the count has traditionally begun in rural Alaska months earlier because residents in those areas tend to leave in the spring for fishing and hunting grounds. Layman said the frozen January ground, surprisingly, gives Census outreach teams easier terrain to traverse.“In Alaska, it’s often much easier to get around by snow machine when the ground is frozen than to try to navigate that environment, which tends to be very wet, very soft when the ground is not frozen,” Layman said.He noted that he and his team will be frank and informative with residents about the 10-question form. They will emphasize that every answer provided to the Census is confidential and they won’t ask about immigration status.Layman acknowledged that some Alaskans, particularly the indigenous community, have had a strong distrust in the government and his group’s challenge is to help them understand the Census will help them in the long run.“You’re talking about peoples that have a very long history of engagement with the tribal government. That has not always been something that we’re all proud of,” he said.Overall, Layman said he is confident -this year’s Census participation will be high and their efforts will encourage more Alaskans to help get the word out.“There’s a really good vibe on the ground,” he said.Copyright © 2020, ABC Audio. All rights reserved.