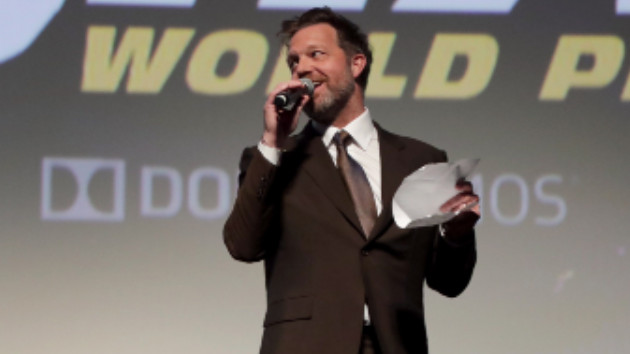 Eric Charbonneau/Universal Pictures(LOS ANGELES) — Stuntman turned director David Leitch, who called the shots on the first John Wick with Chad Stahelski before tackling the hits Deadpool 2 and Fast & Furious Presents: Hobbs & Shaw on his own, is on a vintage martial arts kick — pardon the pun.

Leitch, who will reportedly direct a remake of the Bruce Lee classic Enter the Dragon for Warner Bros., has just signed on to also direct a big-screen version of the 1972 TV series Kung Fu for Universal.

The series, which ran until 1975, featured Kill Bill star David Carradine as Kwai Chang Caine, a Chinese Shaolin monk and martial arts master trying to stay on the peaceful path as he wandered the American Old West.  But of course, every week there would be some excuse for him to fight someone.

Ironically, Bruce Lee was passed over for the role of Caine in the series in favor of the non-Asian Carradine.  It’s also been asserted that Lee himself developed the idea for Kung Fu, which was then appropriated by the show’s producers.

“I’ll love you till the end of time”: Jennifer Aniston confirms father John Aniston has died at 89

You can say he’s back: Keanu Reeves shoots ’em up in trailer to ‘John Wick: Chapter 4’

In Brief: Keanu could reprise John Wick in ‘Ballerina’ spin-off, and more