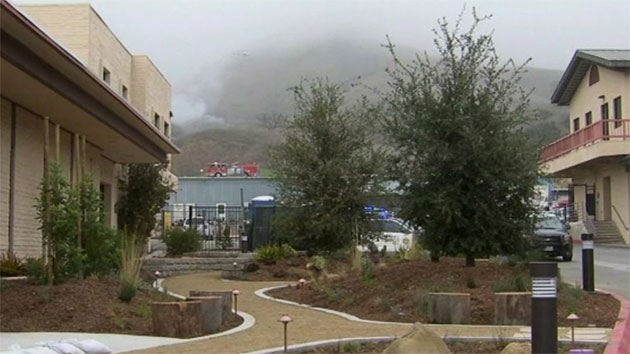 KABC(LOS ANGELES) — Basketball legend Kobe Bryant is among five people who died in a helicopter crash in the wealthy Southern California residential neighborhood of Calabasas, ABC News has confirmed.There were no survivors in the crash around 10 a.m. local time Sunday, fire officials said in a press conference. None of the other victims have been identified.The Sikorsky S-76 helicopter crashed under unknown circumstances, a spokesperson from the National Transportation Safety Board told ABC News.Witnesses who were mountain biking in the area saw the helicopter in distress, Los Angeles County Fire Capt. Tony Imbrenda told reporters. It is not known whether the pilot alerted over radio that the aircraft was in distress, Imbrenda said.It is unclear who the helicopter belonged to or where it originated from and was going to. Firefighters are working on containing the fire that resulted.Bryant was 41 years old.He was drafted to the NBA out of high school in 1996 and spent his entire 20-year career with the Los Angeles Lakers, winning five NBA championships. He was awarded NBA MVP in 2008 and NBA Finals MVP in 2009 and 2010.Bryant won gold medals as a member of the U.S. men’s basketball team in the 2008 Summer Olympics in Beijing and the 2012 Summer Olympics in London.LeBron James surpassed Bryant on the all-time scoring list on Saturday during the Lakers’ game against the Philadelphia 76ers.”I’m happy just to be in any conversation with Kobe Bean Bryant — one of the all-time greatest basketball players to ever play, one of the all-time greatest Lakers,” James told reporters after the game. “The man got two jerseys hanging up in Staples Center. It’s just crazy.”Bryant tweeted at James congratulating him on beating his record.

Continuing to move the game forward @KingJames. Much respect my brother ?? #33644

— Kobe Bryant (@kobebryant) January 26, 2020 In 2018, Bryant won an Academy Award for his animated short “Dear Basketball,” based on a poem he wrote in 2015 when he announced his retirement.Bryant told “Good Morning America” anchor Robin Roberts in December 2015 that he wrote a letter to his fans upon retirement because he wanted to show how much they meant to him.”The letter itself still doesn’t do it justice and how important they’ve been — how vital they’ve been in my career,” he said. “And I mean, we grew up together. And that’s such a beautiful thing.”Los Angeles Mayor Eric Garcetti described Bryant in a statement as a “giant who inspired, amazed, and thrilled people everywhere with his incomparable skill on the court — and awed us with his intellect and humility as father, husband, creative genius, and ambassador for the game he loved.””He will live forever in the heart of Los Angeles, and will be remembered through the ages as one of our greatest heroes,” Garcetti said. “This is a moment that leaves us struggling to find words that express the magnitude of shock and sorrow we are all feeling right now, and I am keeping Kobe’s entire family in my prayers at this time of unimaginable grief.”The NBA Player’s Association wrote in a statement that it was “stunned and devastated” by the news of Bryant’s death.”Words cannot express his impact on our Players, the NBA and the game of basketball,” the statement read. “This is a monumental loss for the entire basketball community and our hearts are quite simply broken. We send love and prayers out to his wife Vanessa and the entire family.”The Lakers’ next game will be against the Los Angeles Clippers Tuesday at the Staples Center at 7 p.m. PT. Copyright © 2020, ABC Audio. All rights reserved.