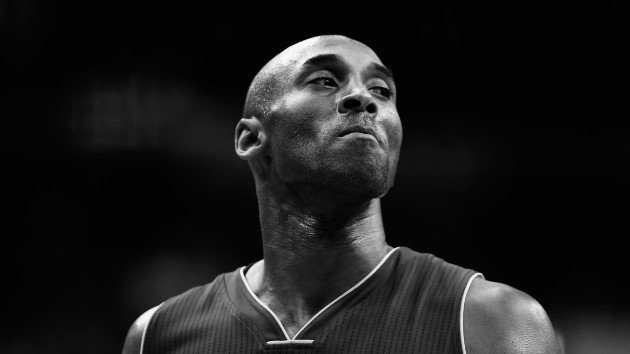 Rob Carr/Getty Images(LOS ANGELES) — A public memorial service for Kobe Bryant and his 13-year-old daughter, Gianna, will be held on the morning of Feb. 24 at the Staples Center in Los Angeles.There is significance in the chosen date. It reflects the basketball jersey numbers worn by Kobe (No. 24) and Gianna (No. 2). Gianna Bryant’s jersey was retired by Harbor Day School in Corona Del Mar, California, on Thursday.The date for the memorial was finalized with planning and coordination from the city of Los Angeles, the Los Angeles Police Department and the L.A. Clippers, who have a game at the Staples Center that evening.Bryant, 41, was heading to a basketball game with his daughter on Jan. 26, when the helicopter they were traveling in crashed in Southern California, shortly before 10 a.m. local time.911 calls released earlier this week made in the aftermath of the helicopter crash, underscore the poor weather conditions that the aircraft was flying in. The weather conditions are one factor being examined as a potential cause of the crash by the National Transportation Safety Board’s (NTSB) probe into the incident.The NTSB is expected to release a preliminary report of its investigation as early as this week.Bryant and Gianna are survived by his wife Vanessa, and daughters Natalia, Bianka and Capri.Los Angeles and the basketball world have been in mourning since the deaths.Vanessa Bryant, in her first soclal media post since her late husband’s death wrote, “there aren’t enough words to describe our pain right now.””Thank you for all the prayers. We definitely need them,” she also wrote in the Instagram post. “We are completely devastated by the sudden loss of my adoring husband, Kobe — the amazing father of our children and my beautiful, sweet Gianna — a loving, thoughtful, and wonderful daughter, and amazing sister to Natalia, Bianka, and Capri. We are also devastated for the families who lost their loved ones on Sunday, and we share in their grief intimately.”News of Bryant’s death rocked the country, as former Laker teammates, NBA Hall of Famers, politicians and countless others shared why “Mamba” was so special to them.Former President Barack Obama joined many others in praising Bryant for being far more than one of the great basketball players of all time.”Kobe was a legend on the court and just getting started in what would have been just as meaningful a second act,” Obama said Sunday. “To lose Gianna is even more heartbreaking to us as parents. Michelle and I send love and prayers to Vanessa and the entire Bryant family on an unthinkable day.”ESPN host Elle Duncan’s tribute went viral after she retold her lone meeting with Bryant, sharing how the late basketball star cherished being a “girl dad.””When I reflect on this tragedy and the half an hour that I spent with Kobe Bryant two years ago I suppose the only small source of comfort for me is knowing he died doing what he loved the most,” she said during the segment. “Being a dad. Being a ‘girl dad."”LeBron James, who just passed Bryant for third on the NBA all-time scoring list last week, said he’s struggled to find the right words after hearing of his death.”I’m Not Ready but here I go. Man I sitting here trying to write something for this post but every time I try I begin crying again just thinking about you, niece Gigi and the friendship/bond/brotherhood we had,” James wrote on Instagram. “I literally just heard your voice Sunday morning before I left Philly to head back to LA. Didn’t think for one bit in a million years that would be the last conversation we’d have.”Copyright © 2020, ABC Audio. All rights reserved.

All the details of the Super Bowl 56 halftime show

Kobe Bryant to be inducted into Basketball Hall of Fame