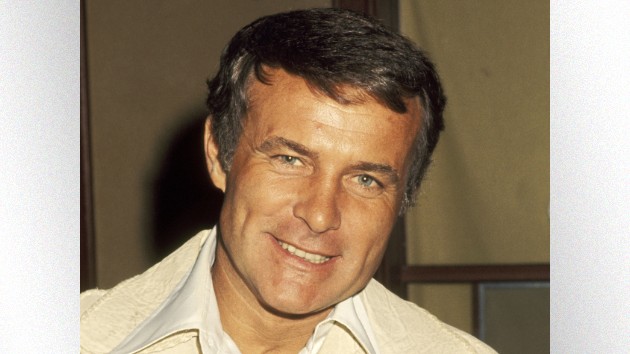 Ron Galella/Ron Galella Collection via Getty Images(HOLLYWOOD) — Robert Conrad, the star of such TV series as Wild Wild West, Hawaiian Eye and Baa Baa Black Sheep, has died. He was 84.

A family spokesperson told ABC News, “He lived a wonderfully long life and while the family is saddened by his passing, he will live forever in their hearts.”

Born in Chicago, Conrad began his career singing in nightclubs but eventually moved to L.A. and landed a role on the TV show Hawaiian Eye in 1959.  He then took on his best-known role: secret agent James T. West in The Wild Wild West, which aired from 1965 to 1969.

The show, set in the 1800s, followed West and his sidekick Artemus Gordon, played by Ross Martin, as they foiled villains during the administration of President Ulysses S. Grant.  The series was made into a movie starring Will Smith in 1999.

In the ’70s, Conrad was probably best known for the TV commercials he did for Eveready batteries, in which he’d put a battery on his shoulder and say some variation of the phrase “I dare ya!”   ’80s kids may know him as the guy who played the sheriff in the video for Richard Marx’s hit “Hazard.”

Later in his career, Conrad moved into TV production, creating, producing and/or occasionally starring in shows like High Mountain Rangers and Search & Rescue.  He appeared in a variety of TV shows, movies and the occasional film, such as the 1994 Arnold Schwarzenegger film Jingle All the Way.

Conrad’s last appearance was in the 2002 movie Dead Above Ground.

Conrad, who is survived by 18 grandchildren and eight children, was a supporter of many causes and charities, including the Wounded Warriors Project.

A private memorial service will take place March 1, which would have been Conrad’s 85th birthday.