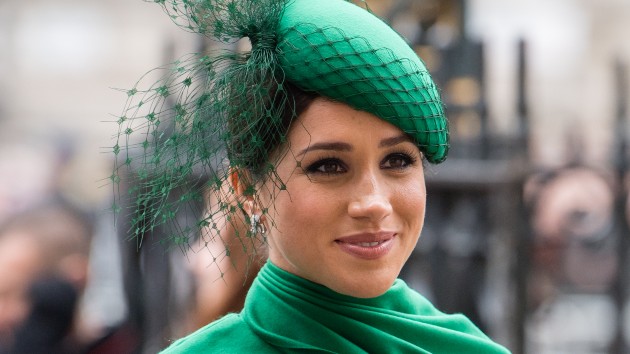 Samir Hussein/WireImageBy KATIE KINDELAN, ABC News (NEW YORK) — Meghan, the Duchess of Sussex, turns 39 years old Tuesday.The California native, who wed Prince Harry in 2018, is expected to celebrate her birthday in private with Harry and their 1-year-old son Archie. The family of three now live in the Los Angeles area, after moving there from London earlier this year when Harry and Meghan stepped back from their roles as senior members of the royal family.The past year has been a monumental one for the Sussexes, marked by the highs of setting off on their own path as a family and the lows of rumored tensions with their family members.Here are three things to know about Meghan’s life today as she turns 39:1. She is raising her voice on social justice issues.Meghan has long been an advocate for equality and for women and she is charting that same path as a non-working member of the royal family.Meghan spoke out early on about the racial unrest that swept the U.S. after the death of George Floyd, telling the 2020 graduates of her high school alma mater that she felt compelled to speak out because “I realized the only wrong thing to say is to say nothing.”Meghan continued by stating that “George Floyd’s life mattered” as did — and do — the lives of “so many other people whose names we know and whose names we do not know.”Meghan also spoke recently to a virtual girls’ leadership summit, urging the girls, ages 13 to 22, to make their voices louder than ever.”It’s a moment where your voices, and your action, have never been more urgently needed,” she said.Meghan has also introduced Harry to several charities in her native Los Angeles. She and the prince delivered free meals to people on Easter Sunday and spent an afternoon in June volunteering at Homeboys and Homegirls of Homeboy Industries, a community social justice organization.2. She is settling into life in Los Angeles.Meghan returned to her roots when she, Harry and Archie moved to Los Angeles, the city where Meghan was raised and where her mom, Doria Ragland, still lives.The Sussexes are rumored to be living in a gated community in Los Angeles in a home belonging to Hollywood mogul Tyler Perry. That is where the family of three has been quarantining during the coronavirus pandemic and where they celebrated Archie’s first birthday in May.Even amid coronavirus stay-at-home orders in California, the family has been the subject of media attention.Harry and Meghan filed a legal complaint last month in which they allege that drones were used to take photographs of Archie.3. She is launching a new charity with Harry.A major focus of Meghan’s new life as a non-working royal is expected to be the nonprofit venture she and Harry plan to launch.The nonprofit, Archewell, draws its name from their son Archie.”To do something of meaning, to do something that matters,” the Sussexes said in a statement in April. “Archewell is a name that combines an ancient word for strength and action, and another that evokes the deep resources we each must draw upon.”

In addition to their new nonprofit, Harry and Meghan also signed on as speakers with Harry Walker Agency, the global speaker’s bureau that represents a range of celebrities and power brokers from former Presidents Bill Clinton and Barack Obama to former first lady Michelle Obama and football star Tom Brady.They are also continuing with their royal patronages in the U.K. and continuing to support causes important to them, like the Invictus Games for wounded warriors that Harry founded in 2014, and Travalyst, a sustainable travel initiative Harry launched in September. Copyright © 2020, ABC Audio. All rights reserved.