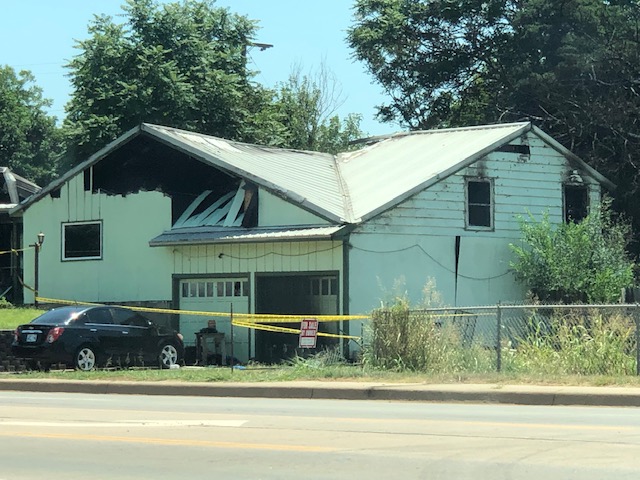 A structure fire at a residence at 1421 W Garriott created a total loss for the family and claimed the lives of several of their pets early Tuesday morning.

Firefighters arrived just before 5:00 AM, minutes after the fire was reported to authorities, and fought the blaze until 10:00 AM. No one in the family was injured, however several of their pets perished including dogs, cats, and birds although one cat was able to escape.

Traffic heading east on W. Owen K. Garriott drive was closed off during the firefighters efforts to put out the fire causing traffic in the morning rush. So far the Enid Fire Department is uncertain of the cause of the fire.