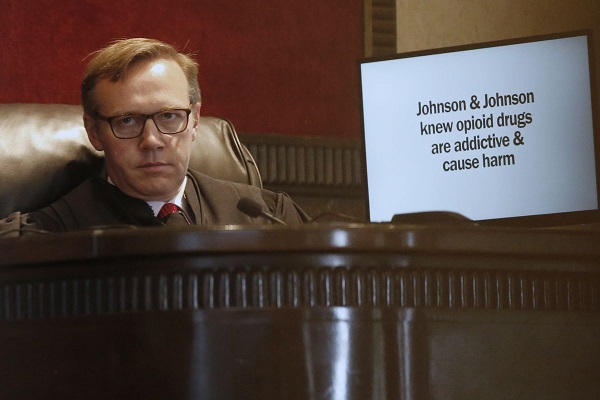 “The opioid crisis has ravaged the state of Oklahoma. It must be abated immediately,” Balkman said in announcing the verdict.

The judge agreed with the state of Oklahoma that Johnson & Johnson and its subsidiaries created a public nuisance that “compromised the health and safety of thousands of Oklahomans.”

The verdict came in the first major lawsuit against opioid manufacturers to make it to trial. It was announced more than a month after the close of testimony in a nonjury trial that lasted more than six weeks and attracted international media attention.