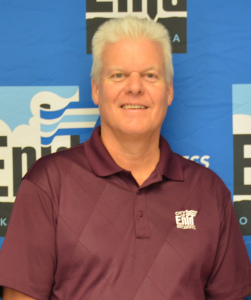 On Tuesday night it was announced that Steve Kime, director of public relations for the past 7 years, would retire effective October 1st. Kime was instrumental in developing the Enid Television network from the previous PEGASYS television.

It was also announced that on December 31st, Enid Television Network will be discontinuing all programming. It will be phased out gradually over the coming months until then.