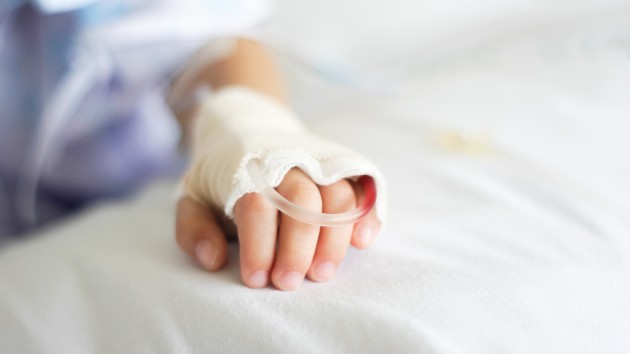 AgFang/iStock(NEW YORK) — Grace Anna Rodgers is singing her way into millions of hearts.The 9-year-old — who was born with a rare form of dwarfism called Conradi Hünermann syndrome, and has already undergone 11 procedures and surgeries — uses music as a medium to uplift and educate others about celebrating our differences. “A lot of people think that dwarfism is just having short stature, and with over 200 forms of it, it has a lot of other things that go along with it,” her mom, Angela Rodgers, told ABC News’ Good Morning America.Grace Anna was born with cataracts and is legally blind. She also has a severe form of kyphosis and scoliosis.She takes it all on with singing and smiling in an effort to not be defined by her medical journey.”I think that is a lot of the draw to Grace Anna — is that with all of the stuff she goes through she has this incredible, joyful laugh,” her mother said. “I don’t think people can be sad when they hear it.”The internet first took notice of the young star in 2013 when, at 3 years old, she gracefully sang the national anthem. In no time, the video racked up 350,000 views from people across the globe.Since then, Grace Anna treats her 1.2 million followers on Facebook and close to 35,000 followers on YouTube to positive energy with songs such as “Girl on Fire” by Alicia Keys and her favorite song, “Amazing Grace.””Honestly, on her page, we don’t script anything. We don’t put her life as a show. It’s just us being us,” Rodgers said. Grace Anna said she loves the positive messages she gets from people every day.”It’s amazing,” she told GMA.Her singing and dancing started in an effort to make doctors take notice of her.Her family searched for a doctor for four years to fix her left knee, which was dislocated so severely she couldn’t straighten it out, causing a contracture.Rodgers said they were blessed to connect with Dr. Daniel J. Sucato at Texas Scottish Rite Hospital for Children. The day they traveled to meet him, Sucato invited them to a conference where 41 doctors consulted together on Grace Anna’s case to come up with a plan of action.Rodgers told Grace Anna upon entering that she needed to do something so that the doctors remembered her.Grace Anna took her mom’s advice to heart and immediately put on an interpretive dance show — despite not being able to stand — to music by the Singing Monsters. “When we left, I said, ‘Grace Anna, what was that?’ And she said, ‘Well, mom, you told me to make an impression,"” Rodgers said.And she most definitely left an impression. The doctors came up with a plan to help Grace Anna. Her next surgery, a double-hip surgery, is scheduled for February. The family is crossing their fingers and praying for the best outcome.”Grace has been right at the point of walking two or three times in her life, and then she’s had a major surgery with her back or the knee dislocated,” Rodgers said.In an effort to educate and spread awareness about dwarfism and people with disabilities, Grace Anna and her mom are publishing a children’s book called Who Do You See When You Look at Me?Grace Anna has experienced many instances in which people assume a lot about her abilities and call her the M-word and “baby.” Rodgers said despite those interactions, Grace Anna still takes the time to explain the rare form of dwarfism to others and educate them on why it’s not nice to say such things.”Just because somebody looks different on the outside, we’re basically all the same on the inside, and people with disabilities have hopes and dreams,” Rodgers said.

How communities with low vaccination rates face costs beyond the virus