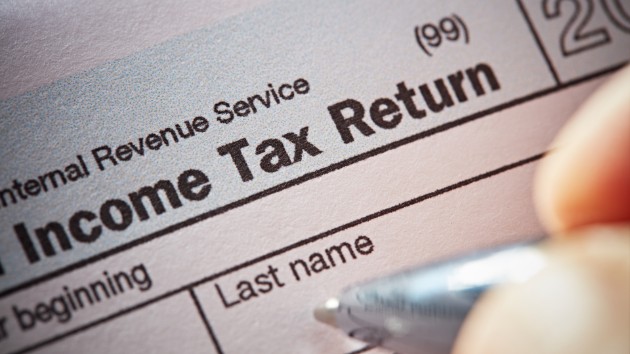 Bill Oxford/iStock(WASHINGTON) — President Donald Trump’s attorney called the subpoena by the Manhattan District Attorney’s Office seeking the president’s tax returns “an inappropriate fishing expedition” during oral arguments before the 2nd Circuit. Trump’s legal team and New York prosecutors gathered in court on Wednesday to be heard in a lawsuit filed by the president pushing to block a subpoena from the district attorney’s office seeking eight years of tax returns as part of an investigation into hush payments to Stormy Daniels and Karen McDougal.The Manhattan prosecutors’ subpoena for tax returns is part of a widening effort from multiple fronts seeking the president’s financial records, including Congressional Democrats’ fight against the Treasury Department and the Internal Revenue Service to release tax returns.”It’s clear that the district attorney just wants to present his tax returns,” Trump’s attorney, William Consovoy, said during Wednesday’s hearing. “We’re objecting to the entirety of the subpoena. It’s the entire subpoena, this entire fishing expedition that’s improper here.””The president’s immunity is being breached,” Consovoy added.Assistant District Attorney Kerry Dunn responded, “There is no such thing as presidential immunity for tax returns.””They’re making this up,” Dunn added.The back and forth came as arguments continue over whether a U.S. president is immune from criminal proceedings while in office.A New York judge earlier this month dismissed the Trump legal team’s argument for the president’s immunity in their initial lawsuit fighting the subpoena. The president’s attorneys immediately appealed.Dunn also invoked Trump’s infamous remark about shooting someone on Fifth Avenue, wondering whether the president’s claim of blanket immunity from criminal proceedings would apply.If the president actually shot someone on Fifth Avenue, Dunn asked, “Would love police be enjoined from restraining them President? Would we have to wait for impeachment?”Asked later by Judge Denny Chin about the Fifth Avenue example, the president’s attorney answered in the affirmative.”Nothing could be done?” Chin asked.

Consovoy responded, “That is correct.”The president’s attorney also questioned the motive of the subpoena from District Attorney Cy Vance, who is known to be from a Democratic background, raising concerns that this would open up a floodgate of similar efforts from other prosecutors around the country to demand the president’s returns.Asked by the judge if their view is that the DA’s office is “not seeking the tax returns for the legitimate investigatory purpose and they’re doing this just to embarrass the president,” Consovoy replied, “We believe there’s evidence of that. Yes.””Everything that we’ve heard this morning makes it clear the president is a target,” Consovoy said.Toward the end of Wednesday’s hearing, Chief Judge Robert Katzman spoke to a perhaps inevitable outcome: “This case seems bound for the Supreme Court.”Copyright © 2019, ABC Audio. All rights reserved.