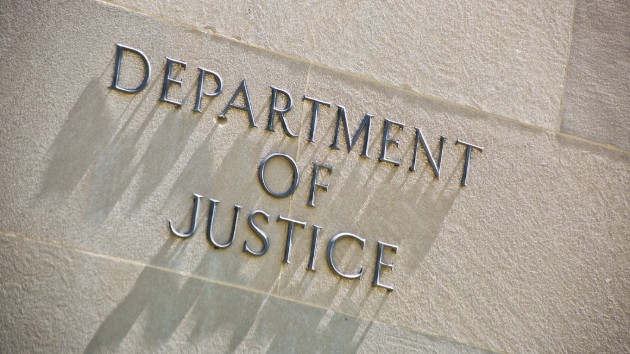 YinYang/iStock(WASHINGTON) — The Justice Department on Monday appealed a federal judge’s ruling granting congressional Democrats access to grand jury evidence from special counsel Robert Mueller’s investigation and asked that judge to place a hold on the production of the material pending resolution of the appeal.In a court filing Monday, government lawyers argued that the Justice Department would be “irreparably harmed” if the grand jury materials were to be handed over to Congress, as the judge ordered on Friday.“Once the information is disclosed, it cannot be recalled, and the confidentiality of the grand jury information will be lost for all time,” Justice Department lawyers wrote.On Friday, D.C. District Court Chief Judge Beryl Howell ruled that the Justice Department must turn certain portions of former special counsel Robert Mueller’s grand jury evidence over to the House Judiciary Committee.The Judiciary Committee first requested access to “certain” Mueller grand jury materials on July 26, and Judge Howell ordered the Justice Department to hand over those records by Oct. 30.Howell, in the ruling last week, wrote that in light of the House’s ongoing impeachment inquiry into President Donald Trump, the Justice Department is “wrong” to assert all grand jury material must be kept secret, saying it was appropriate for the House to consider as part of a judicial process such an an impeachment inquiry.In Monday’s appeal, however, DOJ questioned the relevance of the Mueller grand jury material with the current impeachment inquiry, pointing out that House Speaker Nancy Pelosi has announced that the probe would focus primarily on the whistleblower complaint and issues surrounding the Ukraine affair.Copyright © 2019, ABC Audio. All rights reserved.