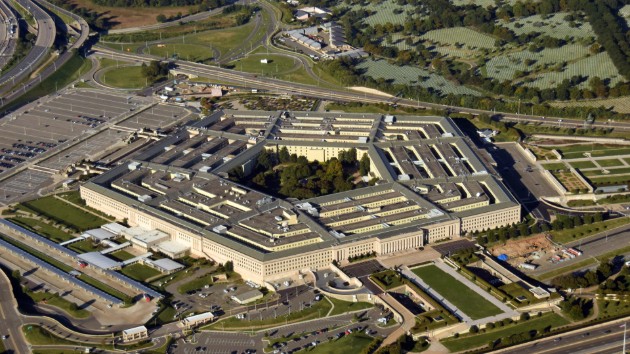 Ivan Cholakov/iStock(WASHINGTON) — America’s top military officer said that U.S. special operations forces captured “two adult males” during the weekend raid that killed the founder and leader of the Islamic State. Chairman of the Joint Chiefs of Staff Gen. Mark Milley revealed in a Pentagon press conference on Monday that two men were “taken off the objective alive,” saying, “They’re in (U.S.) custody.”In an address to the nation from the White House on Sunday, President Donald Trump announced that ISIS leader Abu Bakr al-Baghdadi had been killed during a U.S. military raid carried out by joint special operations forces. Nearly 100 U.S. troops were transported by eight Chinook helicopters to al-Baghdadi’s compound in northwestern Syria near the town of Idlib that Milley described as an “area [Baghdadi] was staying on a consistent basis.” Despite Trump saying earlier on Monday that he was considering releasing some footage of the raid, the Pentagon did not show any video or imagery during the briefing, but Milley told reporters that material was in the process of declassification. The general would also not confirm the president’s description of al-Baghdadi “whimpering and crying” in his final moments, saying that while Trump may have spoken with U.S. commanders on the ground, he has not.Asked whether al-Baghdadi’s body had been buried at sea, Milley would only say that the “disposal of his remains” is “complete and was handled appropriately,” following additional DNA identification at a secure facility. Defense Secretary Mark Esper announced that U.S. troops will “remain positioned” in the Deir ez-Zor area of eastern Syria to guard oil fields in order to deny ISIS access to those resources. “That’s our mission, to secure the oil fields,” Esper said without providing details of how many American service members would be deployed there.The U.S. will “respond with overwhelming military force against any group who threatens the safety of our forces there,” he added. The death of al-Baghdadi has highlighted the importance of having U.S. troops in the region and in Syria specifically to defend against an ISIS resurgence after the president decided to pull about 1,000 U.S. forces from northeastern Syria following a Turkish incursion along the border.Asked about how difficult the al-Baghdadi raid would have been without American service members in Syria and Iraq, Esper said the U.S. military has “incredible reach.” “We can strike anybody, anytime, anywhere,” he said.The secretary praised U.S. special operations forces, saying they executed the “high risk” mission “brilliantly.” “There is no guarantee of success in an operation with this level of difficulty,” he said. “And President Trump knew this when he made the bold decision to order the raid, confident in the expertise of our forces.” Milley declined to reveal the name of the U.S. military dog who was slightly wounded in the operation after chasing al-Baghdadi through a dead-end tunnel, where the ISIS leader ultimately detonated his suicide vest, killing himself and three children. “We’re protecting the dog’s identity,” Milley said, adding that the dog is back on duty and still in the region.Copyright © 2019, ABC Audio. All rights reserved.