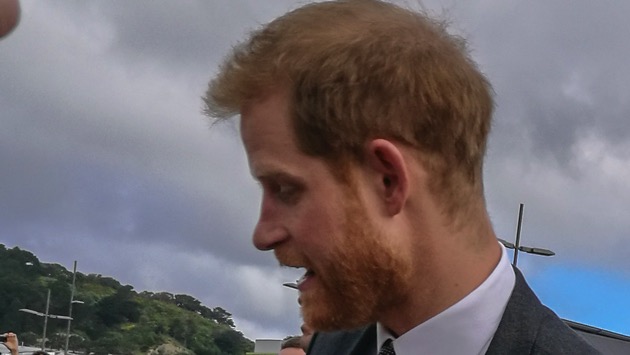 NataliaCatalina/iStock(LONDON) — Prince Harry joked and laughed at an event Tuesday revealing the members of the U.K. team for the fifth annual Invictus Games, which will be held next year in the Netherlands.The prince, who founded the international sporting event for wounded, injured and sick service people in 2014, was on hand for the team’s announcement at the Honourable Artillery Company in London.The 65-strong team was selected from over 350 applicants who competed across nine sporting events in July this year: track and field, archery, wheelchair basketball, cycling, power lifting, indoor rowing, wheelchair rugby, swimming and sitting volleyball.British Royal Air Force veteran Rachel Williamson was named as team captain, making her the U.K.’s first female captain.”It’s an amazing feeling to be part of it,” Shane Rossell, who joined the military straight out of school 20 years ago and was medically discharged this January, told ABC News.”Leaving was hard, it was tough, and [I’m] still not used to it,” he said. But being part of a team again, he said, has “kept me going, mentally.”Rossall suffered a knee injury in 2013 and had to have a total knee replacement two weeks ago. But that hasn’t stopped him from competing in shot-put, discus, rowing and power-lifting. He lifted 286 pounds during the trials.Still, he said, “It’s not about the medals, it’s about bettering myself. … It’s not about me, it’s about us all together and supporting each other.”Meeting Prince Harry for the first time was “inspirational,” said Rossall.”Having that support, he knows what we’re all going though, he’s been in the situations we’ve been,” he said, noting Prince Harry’s military background.

The wait is over. ? ? Meet your 65 #TeamUK competitors who will proudly serve their country again at next year’s #InvictusGames in The Hague. Lets do this Team UK! #IG2020 pic.twitter.com/0QgKVgbnT5

Prince Harry founded the Invictus Games as an international version of the Warrior Games, which is organized annually by the U.S. Department of Defense, and which the prince attended in 2013.The first Invictus Games were held in London in 2014 and have been held in Orlando, Toronto and Sydney since then. Next year’s games will be held in The Hague in May 2020 and 19 nations will compete.”The word ‘invictus’ means ‘unconquered’,” explains the Invictus Games Foundation website. “It embodies the fighting spirit of wounded, injured and sick Service personnel and personifies what these tenacious men and women can achieve post injury.””Let’s put aside the tabloid drama, the media wars at the moment; this is what matters to Harry,” said ABC News royal contributor Omid Scobie about Prince Harry’s work. “He’s been all about charity work with veterans, making sure that they’re noticed that the invisible injuries are front and center. That’s what the Invictus Games is all about.”

At @HAC_TheCompany where Prince Harry will soon arrive to meet the servicemen and women from @WeAreInvictus Team UK, ahead of @InvictusGamesNL… pic.twitter.com/ZvFbtJH16k

“Participating in the games plays a significant part in the recovery journey of wounded, injured and sick Servicemen and women,” a post on Prince Harry’s official Instagram account said. “Over the last few years, the stories of determination and perseverance that come out of each Invictus Game are nothing short of inspiring.”Prince Harry served in the British Army for 10 years and completed two tours of Afghanistan. He now serves as the patron of the Invictus Games Foundation.Copyright © 2019, ABC Audio. All rights reserved.